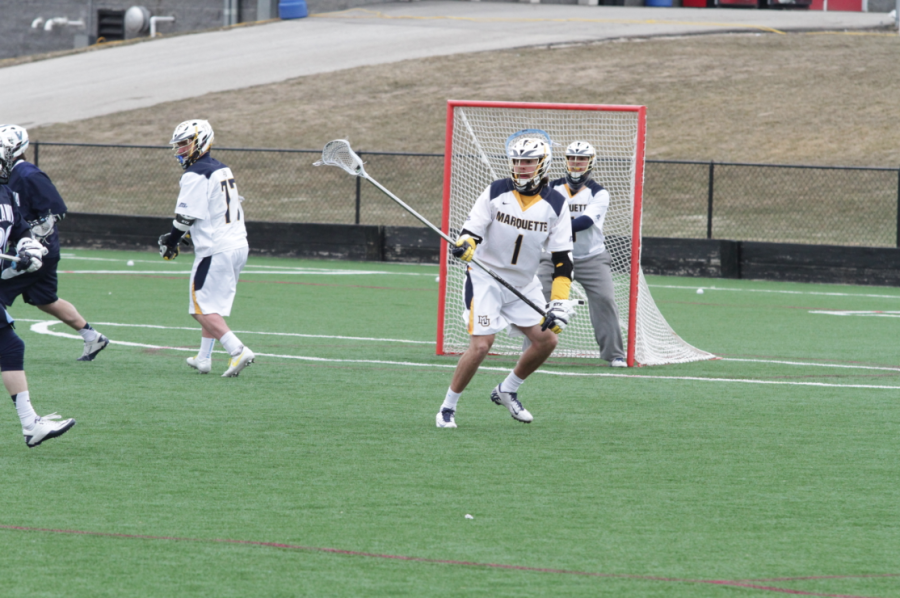 Big East play rolls on for the men’s lacrosse team Saturday, as it travel to face Rutgers in search of its first conference win in program history.

This is the only time the two teams will face each other in Big East regular season action, as the Scarlet Knights move to the Big Ten at the end of the season.

The teams are vying for a spot in the Big East Tournament, and the winner of the conference will be granted an automatic qualifier to the NCAA Tournament.

“It’s going to be a street fight,” coach Joe Amplo said. “Everybody’s fighting for their lives in our conference. Aside from Denver, everyone else has to win this conference to get to the (NCAA Tournament) and here’s another 60 minute battle for us try and get a victory and hopefully go on a run.”

Rutgers (6-3, 1-1) does not boast the toughest of schedules, but two of the team’s losses came against Top 10 opponents and four of its wins were by more than six goals.

Rutgers attackman Scott Klimchak leads a lethal offense with his 14th ranked 2.78 goals per game and is a scoring threat close to the net. The Marquette defense struggled against many offensive units this year, posting the ninth highest goals against average in the country.

Marquette freshman goalkeeper Jimmy Danaher has to play a big role this weekend and continues to play strong between the pipes. Since replacing senior JJ Sagl in net, Danaher may have the worst save percentage in the country statistically, in large part because of the offensive onslaught from the Duke game, but the defense trusts him in cage.

“(Danaher) only started one game in his senior year (of high school) as a goalie, which is pretty impressive to come in here and make all the saves he should,” redshirt sophomore defender Liam Byrnes said. “His clearing game has come a long way; he’s a lot more poised. His communication is good and I’m pretty happy with his play overall.”

Offense is the key issue at the moment for the Golden Eagles. There were not as many turnovers this year, as the team only has 12.63 per game, which is 12th best in the nation. However, the amount of unforced turnovers and mistakes in the offensive end counteracts that and prevents the team from long offensive possessions and, in turn, scoring.

A bright side to a woeful offense is redshirt senior attackman Tyler Melnyk, who leads the team with 32 points (22 goals, 10 assists) and hold the 15th best points per game average in the country with 4.00.

Faceoffs present an even bigger challenge, as Rutgers has arguably the best faceoff man in the country. Joseph Nardella has taken 135 faceoffs this year and has only lost 27 of them. His .800 win-percentage presents a major problem for Marquette’s Paul Riportella, who is filling in for an injured Cullen Cassidy.

Riportella, in his first start, won 20 of 24 against Detroit, but struggled last Saturday against Villanova. He went nine of 20 and will have to play above average to compete with Nardella.

Faceoff is set for this Saturday at 11 a.m. in Piscataway, N.J., as Amplo’s squad attempts to make a statement in the Big East.