Burke goes ‘On the Issues’ to discuss her jobs plan 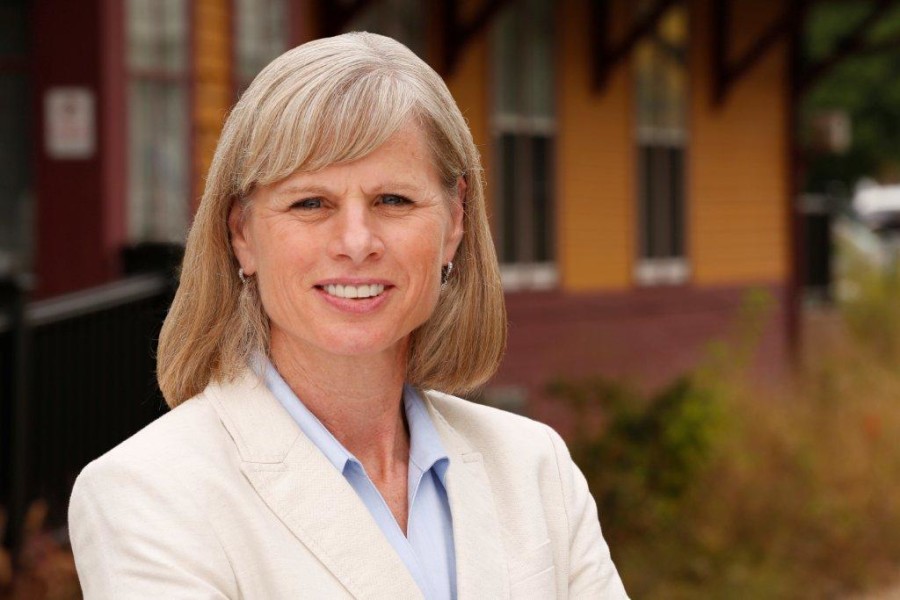 Her plan, titled “Invest for Success,” emphasizes Wisconsin’s need to invest in an entrepreneurial culture and align the state’s economic development around strongly established industry “clusters.” It was released Tuesday morning, five months after Burke announced her candidacy in October.

“Every good business person knows that if you want to grow, you want to make investment,” Burke said about her plan.

Burke, a Madison school board member and former secretary of commerce for former Democratic Governor Jim Doyle, spoke to local media and a sold-out audience at Eckstein Hall during the  “On the Issues” segment. The candidate roots her economic credibility in her time as a former executive at Trek Bicycle Corporation, a Waterloo-based global bicycle company owned by her family.

Burke trails behind Gov. Scott Walker in all gubernatorial polls by several points. According to a Marquette Law Poll conducted in mid-January, Walker leads Burke, 47 to 41 percent. A Ramussen Reports poll conducted from March 10 to 11, however, did find Burke and Walker tied, each with 45 percent of respondents’ support.

When asked if Burke would commit to bring outsourced Trek Bicycle jobs back to the U.S. by an audience member Tuesday, Burke defended the company.

“I’m going to work with all Wisconsin companies and identify jobs that can be brought back,” Burke said. “But Trek produces more bikes in the U.S. than any other company, but it is a very competitive industry. And not one of its competitors produces even one bike in the U.S.”

Like Walker, Burke said she will “hold the line on taxes” and not raise them. She said she will “re-prioritize” the $70 billion state budget to achieve the type of economic investment detailed her job plans.

Among other issues Burke discussed at Eckstein Hall included education, stating the voucher program “should not be a program that should be expanded statewide.” She said the government was “wasting too much energy” on failing schools and that the voucher program was siphoning money away from public schools. She cited the current program’s lack of accountability as one of the reasons she would work to repeal Walker’s expansion of voucher schools in the budget.

Burke also said she would accept the federal aid the governor has rejected in the past, citing Walker’s 2012 rejection of federal funding for a Milwaukee-Madison rail line and medicaid expansion.

“Wisconsin does not get its fair share of federal government money,” Burke said.

A new Marquette Law Poll will be released Wednesday with new polling data on the gubernatorial race between Burke and Walker.