After veto, reserve fund cap has another chance 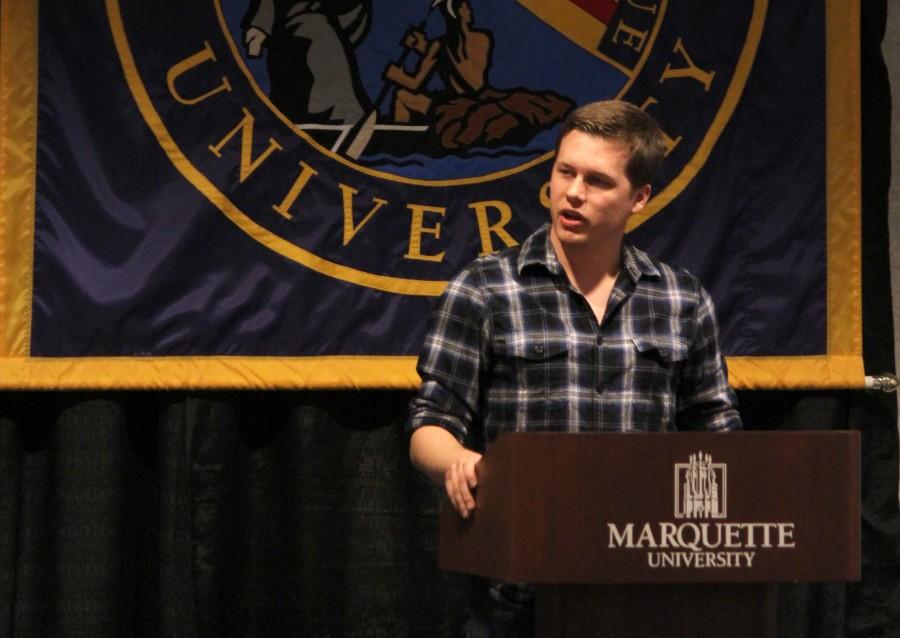 Marquette Student Government President Sam Schultz will address the Senate in its weekly meeting Thursday evening to provide reasoning for his veto of the amendment that would cap the prior reserve fund at 50 percent of its total operating budget.

Legislative Vice President Kyle Whelton will recognize a motion to override the president’s veto. If that motion is seconded, Schultz will have four minutes to provide his rationale. Overturning the veto would require a three-fourths vote of the Senate, or 24 of the 31 seated senators. The Senate originally unanimously voted March 7 to pass the bill, known as Amendment 8.

Schultz has not yet provided details about his veto to the Tribune, only that he “has concerns with the legislation.”

“Me and the other cosponsors of the bill are looking forward to continuing the democratic process,” said Nathan Craft, the senator who authored the amendment. “We think we have a high level of support from both the student body and the administration.”

Craft, a junior in the College of Arts & Sciences, would not comment on whether there will be enough votes to override the veto when it returns to the floor Wednesday night. He did say, however, that he does not see a reason why any of the senators who voted in favor of it before would change their minds.

Under the cap, if the reserve fund grew to 50 percent of MUSG’s yearly operating budget, it would be capped and no additional funds could be added. Any unused funds from the previous year that would have been put in the fund would then be put in a holdings account established by the Office of the Comptroller. At the beginning of the next fall semester, student organizations would have the opportunity to offer proposals to the MUSG Budget Committee for the use of the funds. The committee is then tasked with creating an “Unanticipated Funds Proposal” based on its discretion as to how the funds should be allocated.