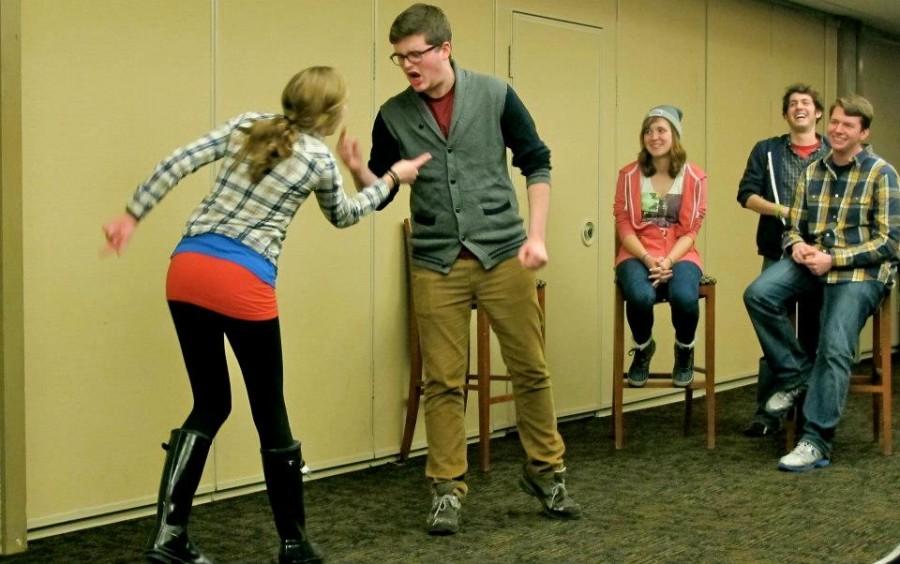 Marquette’s only improv comedy group, Studio 013 Refugees, will soon take the stage to share laughs, display the talents of young comedians and raise money for a good cause in its performance, “The Fugees Do Fundraising.” 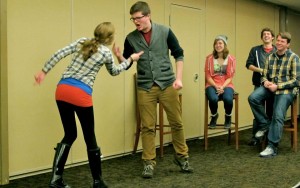 “Our shows are always really fun, but this show will be a bit different compared to our other shows,” said Jena Wallander, co-president of Studio 013 Refugees, known more commonly as the Fugees. “We will be working with Marquette alumni and former Fugee member Johnny Beehner to raise money for the Beehner-Hackett Endowed Scholarship.”

The Beehner-Hackett Endowed Scholarship provides money for Marquette students who had a parent pass away while they attend Marquette. “The Fugees Do Fundraising” show, taking place in Todd Wehr Chemistry room 100 at 8 p.m. Friday, is free, but the comedians ask for donations of $5 or whatever audience members wish to contribute. There will also be a raffle to win Marquette merchandise, and other prizes will be given out throughout the show.

“Johnny specifically reached out to us in planning this show,” Wallander, a senior in the College of Nursing, said. “In my time at Marquette, the Fugees haven’t really done any kind of show like this, so I’m excited to bring our talents out and use them in a way that will benefit Marquette students.”

“Come for the comedy, stay for the Marquette embossed pillow sham,” Beehner said.

Beehner has been performing stand up comedy since 1999. He started in comedy by performing shows at Marquette as an undergraduate. Since then, he performed all over the country and on XM/Sirius Satellite Radio and the nationally syndicated radio program, “The Bob and Tom Show.” He will perform alongside other Marquette alumni as well as the current Marquette students in the Fugees.

“To be honest, I don’t think one act will be better than the other,” said Cassidy Wilson, Studio 013 Refugees co-president. “But I think the best act during this show will be the act of giving. The comedy is kind of a side dish in comparison, but like a really good cheesy-buttery mashed potatoes type side dish. The kind that you’ll blame cardiac arrest on years down the road.”

Studio 013 Refugees is made up of 15 Marquette students who typically put on one free show a month in Marquette Hall. Each show is around one to two hours long, depending on audience participation, but the fundraiser will be longer since it will include stand-up as well as improv.

“People often compare our show to ‘Who’s Line is it Anyway?’ or ‘ComedySportz,’” Wallander said. “Because we’re an improv group, every show is extremely different. We have certain people on the stage at different times for certain scenes, and we constantly take suggestions from the audience, which is why you never really know what to expect for the show. So come willing to expect anything and everything.”

The Fugees do not have a specific amount of money it would like to collect because, according to Wilson, “we want to raise as much money as possible.”

“I think that as Marquette students, we are truly blessed to afford an education such as this,” Wilson said. “When I think about my own parents, losing one of them would be detrimental. They serve as my support team and have given me ample encouragement throughout my four years here. I think we have a duty to support students who have lost parents while at Marquette. We are Marquette, which essentially means we are family.”

Although the Fugees have hosted plenty of shows, this will be their first large fundraiser show, which the group hopes will become an annual event.

“I think a lot of people hear the word improv and get worried they may be asked to participate or be put on the spot,” Wallander said. “That’s not going to happen if you don’t want it to. So feel free to sit back, relax and have a good time. I really encourage Marquette students to come to the show. It’s for a really good cause and we would appreciate as much support as possible. We’re pretty funny people.”