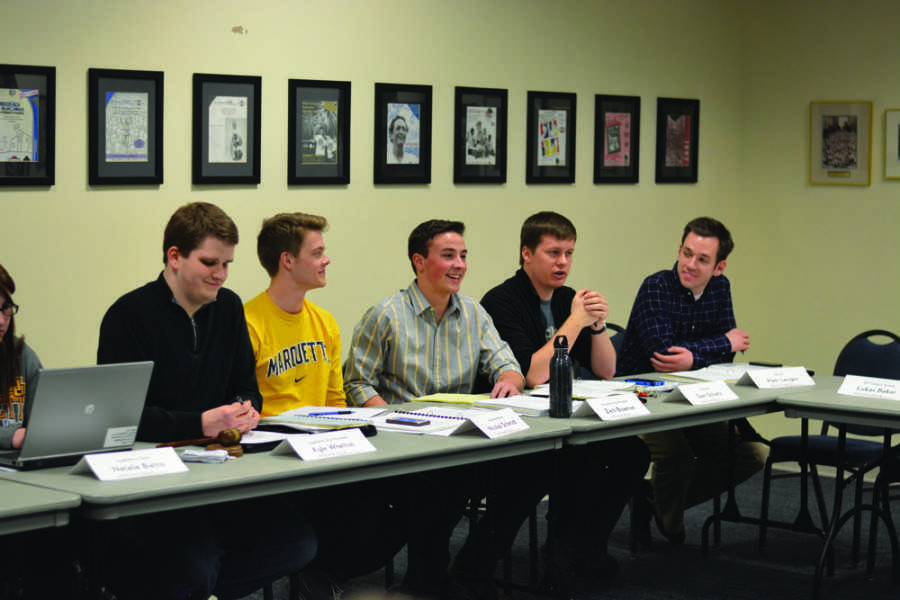 Although past voting trends suggest only a small number of the student body will vote to select the Marquette Student Government president March 26, Marquette actually ranks well above the national average for turnout in student elections.

Last year, voter turnout reached a five-year low of 22.4 percent when the MUSG election was disrupted by delays and campaign violations. 2012’s 36.4 percent turnout was the highest in an MUSG presidential election since the Office of Student Development started consistently tracking election results in 2000, according to Matt Lengen, the coordinator for student organizations and leadership. It was also the only time in the last four years that more than a third of students voted in the MUSG presidential elections.

These numbers, although low, are well above national averages.

In the year the study was conducted, and every year since, Marquette had voter turnout higher than the national average. However, though Marquette’s turnout is statistically higher than most universities, no MUSG president has been elected with a majority of the student body participating in the election.

Pat Garrett, a senior in the College of Arts & Sciences who is not part of MUSG said many students may not vote because they are not sure what MUSG does for them.

“Obviously the more people that vote the better, but students are not likely to vote or participate in an election when they feel it does not affect them,” Garrett said.

Garrett said he voted in previous elections, but only because he was friends with candidates and because, as a leader of a student organization, he wanted someone he knew he could work with.

The newly elected Communications Vice President Sarah McClanahan, a junior in the College of Arts & Sciences, said she does not think voter apathy or poor MUSG outreach efforts are the reasons for low turnout in the polls.

“I think from an organizational perspective we say it’s our fault because it is better for us to keep ramping up our efforts than it is to say, ‘Oh the students just don’t care,’” McClanahan said. “That’s not how we like to run our organization.”

MUSG is making significant efforts to increase voter turnout this election. One of the largest changes made to increase voting is providing in-person voting booths in the Alumni Memorial Union, so students have a physical place to vote rather than exclusively online. MUSG is also increasing its collective voter outreach efforts ahead of the election so it will not just be campaigns telling students to get out and vote.

Additionally, MUSG changed the voting process this year because student representatives said they felt the primary system partly led to low voter turnout. Because there are more than two candidates running, MUSG will employ an “instant runoff” system of voting. Rather than voting for a single ticket, students will rank the three tickets in order of preference. If no ticket achieves a majority of the vote, the last place ticket will be eliminated and those who voted for it will have their second choice votes used.

MUSG elections coordinator Grace Kinnaman, a sophomore in the College of Nursing, said she believes this change will lead to an increase in voter turnout this year.

“This opportunity gives voters more of a say in who is elected, which will hopefully increase voter turnout,” Kinnaman said.

There is some evidence of instant runoff voting being beneficial in student government elections. When Georgetown University implemented this instant runoff system in 2006 and in 2012, it had more than 50 percent of eligible voters cast a vote in its presidential election.

The MUSG presidential tickets all expressed agreement that improvements in voter turnout were necessary.

Legislative Vice President Kyle Whelton, a junior in the College of Arts & Sciences, and one of the three presidential candidates, said it was MUSG’s duty to increase voter participation.

“Even though we have exceeded the national average, there is too much at stake for students and we want every student to be engaged and voting,” Whelton said. “At the end of the day, it is our job as candidates to turn out voters, but MUSG is taking some excellent proactive steps this year to increase turnout.”​