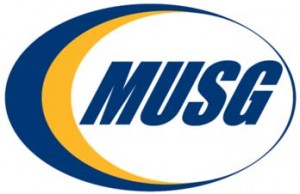 The SOF Committee initially allocated $53,960.32 to more than twenty student groups this funding period, but that number was reduced to $30,089.49 after a 25 percent across the board reduction was applied to make sure the total allocations fell within MUSG’s budgeted funds. The Senate approved three large allocations to two different groups at the meeting.

The largest of the three allocations went to the Marquette College Republicans who received $5,625 to help pay the speaker fee of former White House Deputy Chief of Staff Karl Rove, who will visit campus in April.  College Republicans requested $15,000 so it could pay half of Rove’s $30,000 speaker fee, with the other half being paid with the help of an outside organization. The SOF Committee approved half of the College Republican’s request due to a lack of detail on the application, among other concerns. The total allocated later fell to $5,625 after the 25 percent reduction was applied.

The Senate also approved $6,300 to the Muslim Student Association for events that will take place as part of Islam Awareness Week during the first week of April, according to documents provided by MUSG. According to the rationale provided by the SOF Committee, the organization will bring three guest speakers to campus. Haroon Moghul, a fellow at the Center on National Security at Fordham Law School; Tahera Ahmad, an Associate Chaplain at Northwestern University; and Aman Ali, a comedian and former journalist, will “discuss topics such as violence, extremism and Islamic views on democracy” in two separate events. The group was originally awarded $4,400 and $4,000 for the two events, but those were also subject to the 25-percent reduction and the group will instead receive $3,300 and $3,000.

This was the last funding period for the fiscal year. In Fiscal Year 2014, SOF allocated $213,646.15 to club sports teams and non-club sports student organizations.

In addition to approving SOF allocations, the Senate also received an update from the ad-hoc committee of Student Organization Funding Review. MUSG President Sam Schultz, a senior in the College of Arts & Sciences, convened the committee in December to review SOF policies and procedures.

The ad-hoc committee gave the Senate an update on its meetings with student organizations and showed them some proposed amendments to the MUSG financial policies. Some of its proposals, if passed, would change what student organizations can ask to receive funding for by redefining language in financial policies. Another proposed change would limit Club Sports requests to 50 percent of a club’s total expenses. It would also outlaw “double dipping” in funds between program board and SOF, among other proposed policy changes.

Senate approved a recommendation for the extension of the Desire2Learn timeframe by a unanimous vote as its last order of business for the night.

The legislation recommends the university extend students’ access to the D2L software for a minimum of two weeks after final exams. If extended, students would have access to advanced breakdowns of their final grades after the semester ends, assuming their professors utilizes the software’s “grade book” function.

The recommendation has no binding authority, so it still remains up to the university to make any changes to D2L, despite MUSG’s success in getting this legislation passed.

The Senate also unanimously approved a resolution to formally thank recently laid-off employees for their service to the institution and students.

The legislation was written by Off-Campus Senator Nathan Craft, a junior in the College of Arts & Sciences, and sponsored by 12 senators. Craft authored the resolution after Marquette eliminated 25 full-time employees Feb. 19. The university said the positions were eliminated in an effort to reduce cost and maintain operational efficiency.