Tucky emphasizes focus on students in run for president 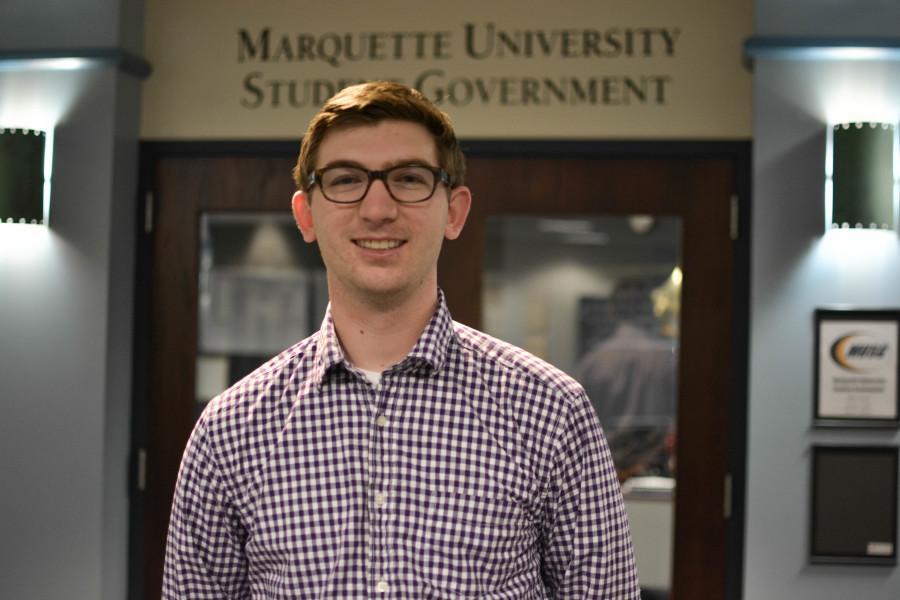 The Marquette Student Government presidential elections will be rife with department leadership as three of five vice presidents will be pursuing the organization’s top office. Only one ticket, however, will feature an executive vice president candidate that has never been affiliated with MUSG.

Tucky and De Luca both said they think her lack of inside-experience will detriment her candidacy because of her experience with other organizations. She served as the finance and marketing chair for Hunger Clean-Up and helped the organization to run “more like a business,” Tucky said. Tucky cited De Luca’s business-like focus as one the main reasons he asked her to run for EVP.

“I think that (Student Organization Funding) needs to be run a little bit more like a business,” Tucky said, referring to the MUSG committee, chaired by the EVP, that controls the flow of student funds to student groups. “If you look at it as (a business) right now, it is not succeeding.”

In addition to MUSG’s internal issues, including SOF reform, Tucky and De Luca both said they would like to focus on student outreach if elected. De Luca said the goal of their ticket is to “put the student back in student government.”

“(Our) focus is to focus a lot less on the internal workings of student government, SOF being the number one and those need to be hashed out,” Tucky said. “We have a really strong outward focus.”

Tucky said one of the pair’s goals is making sure Marquette’s different offices and programs compared favorably to their counterparts at other universities. One way Tucky and De Luca hope to evaluate the university is through the use of surveys and studies, which they hope to fund using the reserve fund. The fund holds more than a quarter-million dollars.

Tucky said he ultimately wants student government to be a proactive organization when it comes to helping students. He says this needs to happen through simple steps that raise awareness about student issues, such as giving out pens and MUSG logo-bearing water bottles to speak to students who are heard voicing concerns in class.

“We always like to say that every student is a member of student government, but we don’t always make them feel like it,” Tucky said.

Wallace, a junior, brought issue against the lack of students on the hiring committees for the next communications vice president, financial vice president and programs vice president. Because a student is constitutionally mandated to be on these committees, Judicial Administrator Sarah Miller ruled that the CVP hiring violated violation of the letter of the law, but not the spirit of the law, following a review. Wallace filed a formal petition for a review of the two other hires.

All tickets are allowed to begin campaigning this week now that they were declared eligible by MUSG Elections Coordinator Grace Kinnaman, a sophomore in the College of Nursing.