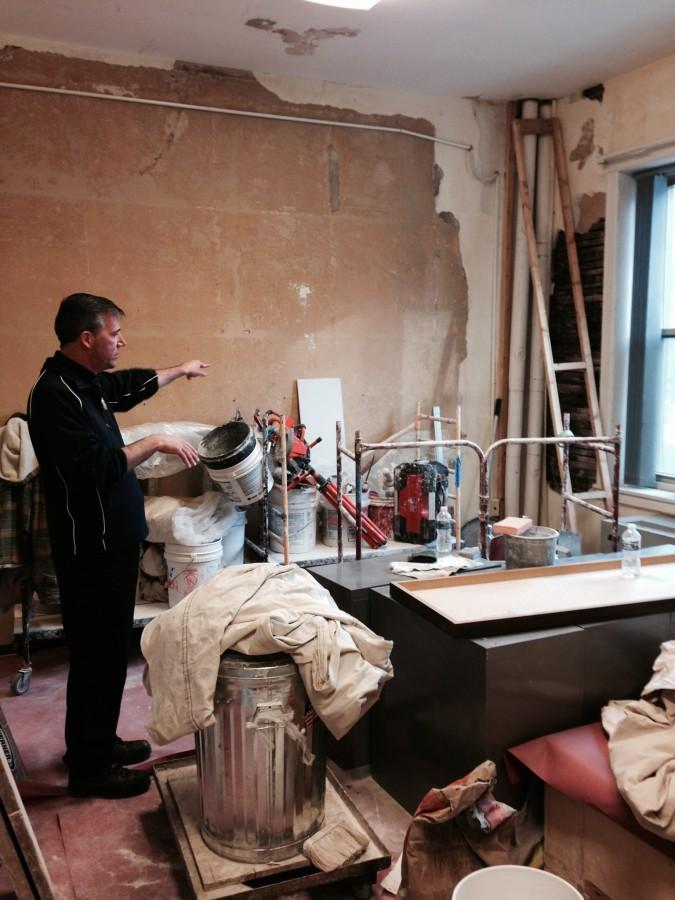 Marquette’s Jesuits are already placing their input into their future home between the Alumni Memorial Union and Schroeder Hall, a move that will also increase the amount of green space on campus.

The Rev. Jeffrey LaBelle, the Jesuit Residence rector and an assistant professor of education, said Jesuits had an input on the design of the new residence and will continue to do so.

“The new building will be between the AMU and Schroeder Hall,” LaBelle said. “One possible problem will be … late-night noise from students during and after special events.”

The building will face south toward Wisconsin Avenue, said Brian Dorrington, senior director of university communications, in an email. The demolition of the old Jesuit residence will open up the space between the AMU and Schroeder Hall.

“One benefit of the new (Jesuit) residence will be the additional green space,” LaBelle said. “It will provide for the enjoyment of students, faculty and staff. This project will also help beautify the central pedestrian walkway and make it safer by eliminating vehicular traffic.”

The construction project comes on the heels of many maintenance problems at the Jesuit Residence. With the current cold weather, many steam pipes burst. In October, a burst  pipe caused flooding that displaced three Jesuits from their rooms.

“Our maintenance costs have skyrocketed in the past few years making it urgent to build a new residence,” LaBelle said.

“It’s a big facility to maintain,” Anderson said. “It has outdated heating equipment and water equipment. The costs of maintaining a building like that are much more expensive than building something modern and something that’s going to be more suited for our needs. We don’t need dining room space for 100 people. We need it for like 30 or 40.”

Anderson said the new residence is ultimately part of the university’s master plan to help develop that section of campus.

“One of the things (University Architect Tom Ganey) presented to us was the university master plan,” Anderson said. “It has this vision of, just as how Wisconsin Avenue forms this corridor, there would be 14th Street as a new corridor.  And to make that happen, the university will have to get rid of the Jes Res.”

Before it started housing members of the Jesuit community in 1973, the Jesuit Residence was the Stratford Arms Hotel, built in 1916. It housed residential and transient patrons, including World War II naval enlistees, according to the university website.

Before the university acquired the building at 1404 W. Wisconsin Ave., Jesuits lived in Johnston Hall. In 1962, the building was purchased by Marquette and became Heraty Hall, a residence hall for women.

The Rev. Michael Zeps lived in the Jesuit Residence for six months before moving to Cobeen Hall to serve as its hall minister. He said he still spends a lot of his time at the residence—eating meals, socializing, gardening and doing some woodworking in the carpenter shop.

“I’ve had a lot of wonderful experiences (in the Jesuit Residence), saying mass here just about every night and sharing a lot of parties and good times,” Zeps said.