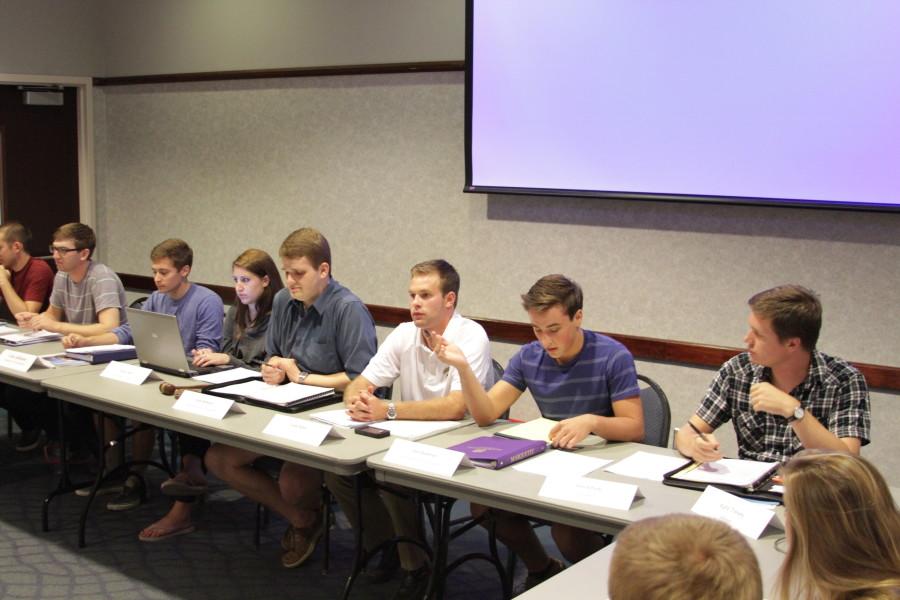 “We ran on making SOF changes,” Schultz said. “After most of the semester, I figured that the best way to go about this was to have a group of interested people from all different parts of MUSG come together and take a look at all the rules.”

The ad hoc committee will not have the power to unilaterally change the SOF process. Instead, it will review the SOF process and recommend changes to the Senate. The meetings are not open to student participation.

The ad hoc committee will be chaired by Executive Vice President Zach Bowman, a junior in the College of Arts & Sciences who also serves as the chair of the SOF committee.

Schultz said he thinks the heavy presence of SOF committee members on the ad hoc committee will be advantageous, rather than create a bias within the committee.

“Purely because (SOF) is kind of a complicated process, and the ins-and-outs of what we can and cannot fund and all that kind of stuff, we wanted the most people as up to speed as possible,” Schultz said. “Because those meetings aren’t public, only people with a knowledge of sitting in those committees know what kind of problems they run into.”

Bowman said he has not defined what the committee will look at, but said multiple times that “everything is on the table.”

“One of the committee’s main goals,” Bowman said, “Will be to increase the efficiency of the SOF process in order to reduce the amount of money that goes into the MUSG Prior Year Reserve Fund, which presently has more than $250,000.”

Bowman said the committee will meet about five times throughout the semester. He also said he wants to involve student organizations in the review process.

“I think if we don’t involve student organizations in this process it won’t be legitimate and it won’t be as effective as we want,” Bowman said.

Schultz and Bowman both said they do not expect a complete overhaul of the process, but changes will be made. Schultz said he expects preliminary recommendations to come at the end of the semester.

Matt Lengen, coordinator for student organizations and leadership, will sit on the committee in an advisory role.