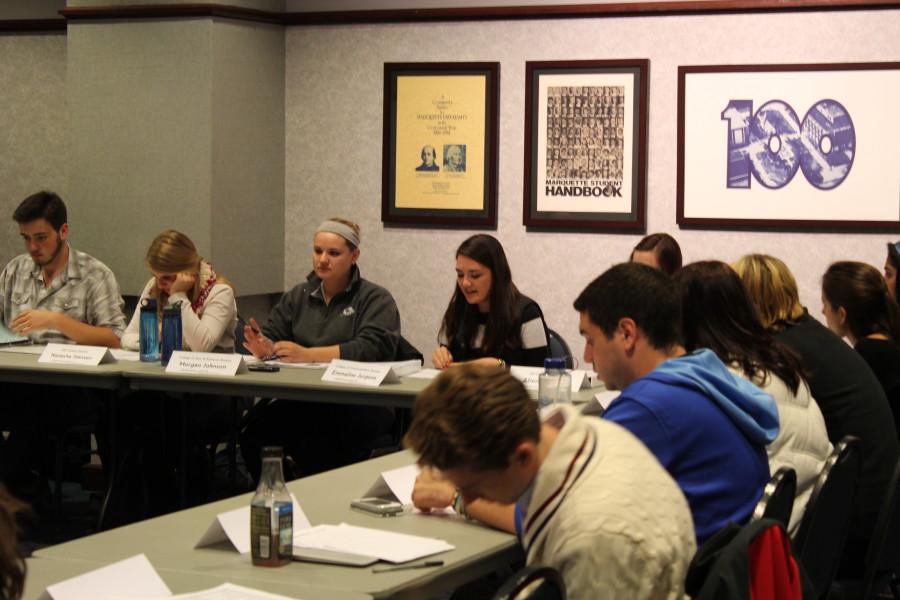 Marquette Student Government has more than $250,000 in its reserve fund — more than five times times the amount required by MUSG’s financial policies — with no plans in place to use it.

The reserve, which is MUSG’s largest account, holds almost double the annual budget appropriated to student organizations.  Although plans for the reserve have been suggested, Legislative Vice President Kyle Whelton said MUSG’s primary focus is limiting the money going into the fund.

“Our main concern is that that number doesn’t increase substantially,” Whelton said. “We’re constitutionally stipulated on how we can spend it … There’s quite a bit of red tape before we can spend it.”

When student organizations do not collect money awarded from student government, which was the case for 26 percent of the money awarded last fiscal year, their allocation goes into the reserve fund.

These uncollected grants and other surpluses grew to roughly half of MUSG’s annual budget. Nearly one third of this is from the last four years alone, and 8 percent of the fund comes from unreimbursed groups from the past year.

MUSG has various options for spending the money. Its financial policies state that it can be used for office equipment, like the $1,739 the senate voted to spend in October 2013 to replace three of its computers.

MUSG can also sponsor “a qualifying student service,” although there are some limits on what services it can sponsor. Services running for more than a year must not be entirely sponsored by the reserve fund, for example.

In the past, MUSG has fully or partially funded the flagpoles outside Raynor Library for $9,000, TV screens around campus for $10,000 and the e-Limo project according to Jon Dooley, former senior associate dean of student development who advised MUSG from 1998 to 2013.

Besides these funded projects, MUSG also tried to use its reserve more ambitiously. MUSG considered a bill to spend $100,000 of the $185,000 then in the fund in order to renovate the first floor of the Alumni Memorial Union in 2007. The bill never came to a vote, as the project was canceled by the university, the Tribune reported in March 2007. Then-MUSG President Dan Calandriello meant for the project to fulfill his campaign promise to spend MUSG’s growing cash reserves.

MUSG’s financial policies mandate the reserve fund be at least 10 percent of the annual operating budget to cover budget deficits. In 2011, for example, $7,000 was pulled from the reserve, making up 1 percent of that year’s revenue.

Schroeder Hall Senator Matthew Walker, a sophomore in the College of Arts & Sciences, said many senators were interested in making use of the money. He said several ideas were proposed, such as partnering with someone to equip drinking fountains with water bottle refillers. The cost to MUSG would be around $3,000 to $4,000, Walker said.

Walker, who is also a member of the ad hoc committee that is investigating the SOF process, said he was interested in increasing how much student organization funding actually reaches organizations, which would limit the amount going into the reserve fund.

“The reserve fund is only going to get bigger and bigger unless we fix SOF,” Walker said.

Allocations from the reserve fund require that the budget committee first approve a bill, which then needs the votes of two-thirds of the senate. The vice president of student affairs, L. Christopher Miller, must also sign off on the allocation. This differs from the routine allocations to student organizations, which only appear before the senate when they are larger than $2,500 and never require more than a simple majority.