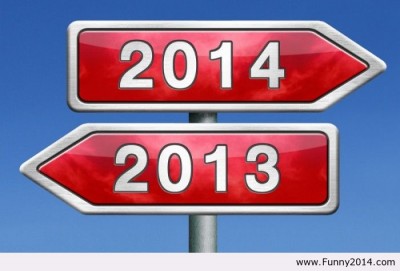 Out with the old, in with the new. Celebrating the best and worst of 2013.

2013 was full of scandalous politicians, twerking celebrities, and harlem shaking hysteria. It was quite the year with movies, music, and TV shows as well. Here are some of my thumbs up and thumbs down moments from the year.

Thumbs Up: One Direction. From their new album ‘Midnight Memories’ to their concert movie ‘This is Us’, One Direction ruled 2013. Their catchy songs and cute looks made it impossible not to be a fan. I am now proud to call myself a Directioner.

Justin Timberlake: He dropped two albums this year after a seven year hiatus and boy were they impressive. He also toured the world and gave an amazing 15 minute performance at the Vmas this year. Timberlake is back and I love it.

Thumbs Down: Justin Bieber: Can he just go away already? I am not a fan of his music or of him. With his breakup with Selena Gomez, run-ins with the paparazzi, and his suspected late night partying habits, Bieber was in the news way too much for my liking.

Britney Spears: Don’t get me wrong, I love me Britney Spears, but her new music is not my cup of tea. Her new album ‘Britney Jean’ had some catchy songs, but her voice sounded so auto-tune the whole time that it was hard to listen to. I want the old Britney back.

Thumbs Up: Catching Fire: An amazing sequel. If you liked the first one, you will absolutely love the second.

This is The End: This honestly was one of the best movies I have seen in a long time. It was extremely hilarious and featured all of the comedic heavyweights. If you are in need of a good laugh, seriously go and see this.

Thumbs Down: Anchorman 2: Such a disappointment. I was really looking forward to this because I loved the first one, but it was a major letdown. I knew it was going to be one of those stupid/funny movies, but it was more stupid than funny.

The Great Gatsby: Again another disappointment. I loved the book and thought I was going to love the movie, but no such luck. Don’t get me wrong, Leonardo DiCaprio as Gatsby was great, but the movie lacked a certain sparkle that made the book so amazing.

Thumbs Up: American Horror Story: Coven: Great show, great actors, and so intriguing that it is hard not to watch. If you haven’t gotten hooked yet, I dare you to watch one episode and see what happens.

Girls: This HBO series is extremely quirky but has a certain spark that just makes it so easy to watch. It is a less glorified version of Sex and the City. The new season premieres next weekend.

Thumbs Down: Grey’s Anatomy: Yes, I know that this is Sandra Oh’s last season as Cristina Yang, but does she really have to leave hating Meredith? I hate the way the show is slowly casting her character off the show. Meredith and Cristina are besties and it just doesn’t seem right the way they are being torn apart.

Thumbs Up: Jennifer Lawrence: If you didn’t already like Jennifer Lawrence, just watch one of her interviews on Youtube. She is such a likable and down to earth celebrity. She was also one of Barbara Walter’s 10 Most Fascinating People of 2013. You can catch her in Catching Fire or American Hustle. Oh and she also won an Academy Award for Best Actress in Silver Linings Playbook this year.

Joseph Gordon-Levitt: It is hard not to like Joseph Gordon-Levitt, with those cute dimples. He wrote, directed, and starred in the comedy Don Jon this year. He also gave one of the best lip-sync battles I have ever seen on Jimmy Fallon. Such a cutie.

Thumbs Down: Miley Cyrus: From the twerking to the constant sticking out of the tongue, Miley Cyrus made headlines this whole year. In my opinion, they were all negative headlines. I am so sick of all the uprising she causes every time she performs. I’m over her and her weird behavior.

2013 has been one entertainment filled year and I can’t wait to see what 2014 has in store. Happy New Year everyone!!