Prevalence of shootings not reflected by national trends 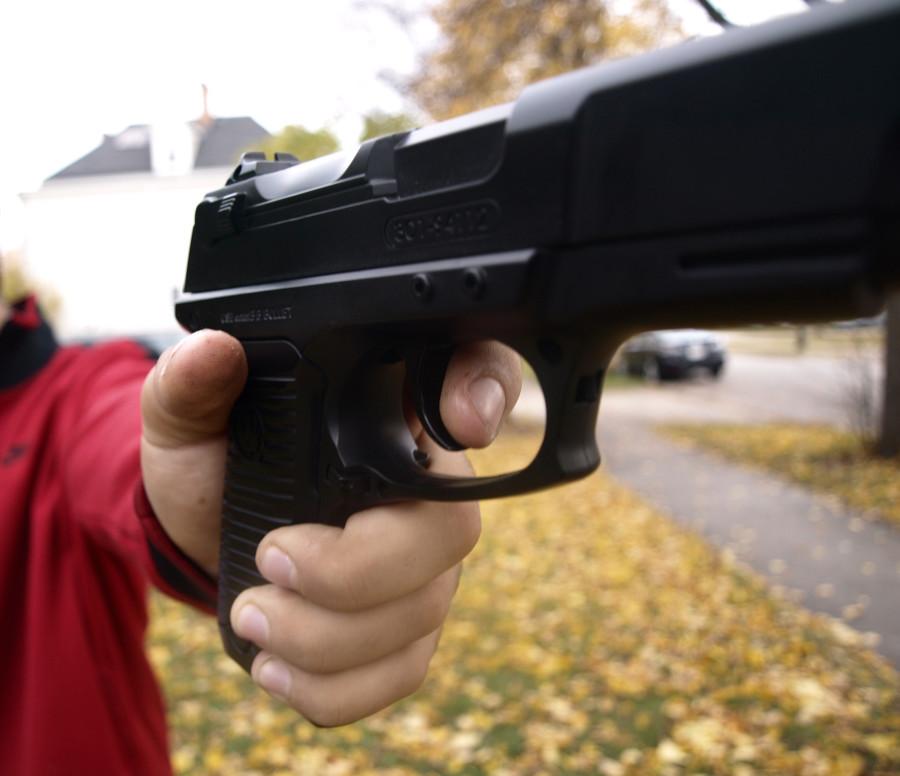 A person holds a gun as a representation. Photo by Martina Ibanez/angela.ibanez-baldor@marquette.edu 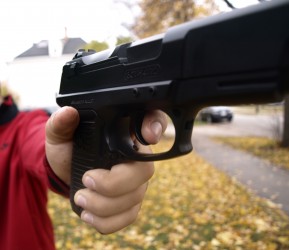 A person holds a gun as a representation. Photo by Martina Ibanez/angela.ibanez-baldor@marquette.edu

Following a report that a gun was fired at Grand Avenue Mall Thursday, the Milwaukee Police Department is investigating measures to keep the community safer.

When the officer questioned whether they should be in school, one of them removed a gun from his person and tossed it to the ground.

The gun reportedly went off when a passing vehicle ran over it. No one was injured during the incident.

Lt. Mark Stanmeyer of the Milwaukee Police Department, said the 14-year-old boy had several open warrants for other incidents.

“In addition to having open warrants for several crimes including burglary and auto theft, the boy is a suspect in an armed robbery and wanted as a runaway from a group home,” Stanmeyer said. “The boy faces possible charges of resisting and possession of a dangerous weapon by a child.”

The gun-related incident at Grand Avenue is just one of a string of shootings occurring across the nation this past week. However, Stanmeyer said that despite it occurred in a public place, the incident Thursday is not characteristic of other recent shootings across the country.

Last Tuesday, a preteen boy reportedly entered a middle school gymnasium in New Mexico with a sawed-off shotgun, intending to kill. The suspect ended up shooting two young students. One victim is in critical condition and one is in stable condition at a local hospital.

In Indiana Wednesday, two women were shot to death by a man at a supermarket. The incident ended with police shooting and killing a 22-year-old man, who may have known the victims.

On Jan. 13, a 71-year-old retired police officer reportedly shot and killed a movie-goer who was texting his daughter moments before a screening of the movie “Lone Survivor,” police said. Nicole Oulson, the wife of the 43-year-old victim, Chad Oulson, was shot in the hand trying to defend him.

Despite this string of shootings, national statistics indicate that violent crime is not as prevalent as it seems.

Though violent crime increased just under 1 percent nationally in 2012, it decreased steadily for the past two decades, since the early 1990s. In the decade since 2000, the nation’s homicide rate declined to levels not seen since the 1960s, according to the Bureau of Justice Statistics.

In Milwaukee, however, the homicide rate is not aligned with the national trend. According to a Jan. 1 story in The Milwaukee Journal Sentinel, there were 106 homicides in 2013, the highest number since 2005.

Interim Director for the Department of Public Safety Russell Shaw told the Marquette Tribune in a Sept. 10 story that, despite the city’s spike in shootings, none of them took place on Marquette’s campus and that students should still feel safe on campus.

“The university gives us a lot of resources and manpower, and to be effective, we have to be diligent,” Shaw said.

Shaw added the department has not needed to do anything specific in terms of officers on patrol or other measures.

“Despite the spike in shootings (in 2013), we fortunately haven’t had to deal with anything on campus,” he said.