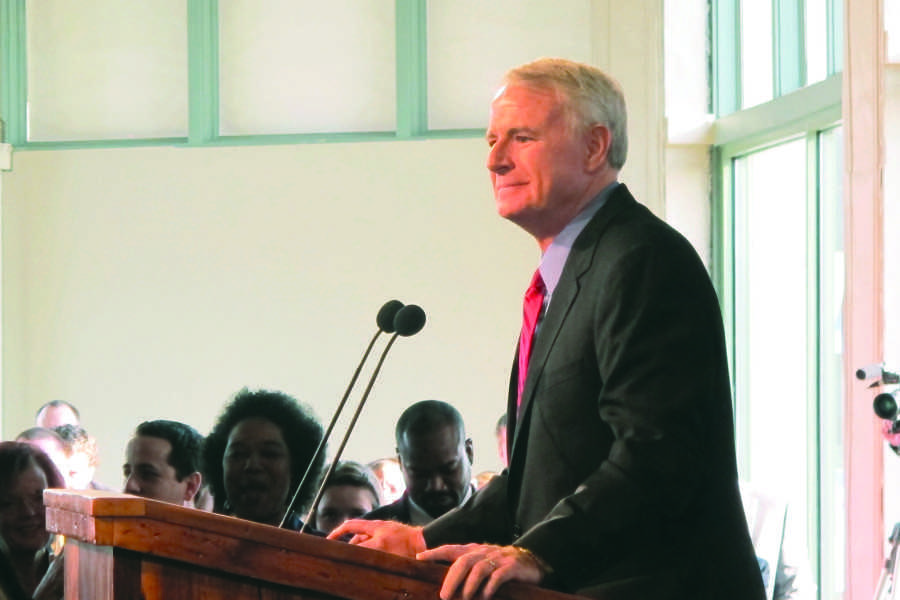 Milwaukee is drawing national attention, but it is for all the wrong reasons.

In a recent article written by opinion website 24/7 Wall St., Milwaukee was selected as the 10th worst-run city in America.

The criteria for the list includes population and socioeconomic factors such as credit rating, total population, violent crime and unemployment rate. The reason Milwaukee makes the list, according to the website, is because of the city’s problems with poverty and high crime rates.

Russell Shaw, interim director for the Department of Public Safety, said despite the city’s violent crime rate of 1,294 per 100,000 people, the Marquette and Milwaukee communities provide extensive benefits to students.

“Marquette is fortunate to be located in a city that offers a lot of social and professional opportunities for our students,” Shaw said in an email. “No matter where someone works or lives, it is important they be aware of their surroundings and take appropriate precautions to be as safe as possible.”

Jen Waters, a sophomore in the College of Business Administration, said she feels safe in the city despite the seemingly high crime rate.

“I feel very safe in the city of Milwaukee,” Waters said. “…when I came to Marquette, I wasn’t really surprised by how much ‘safety’ was stressed in the first few weeks of freshman year. I was surprised, however, by the reactions of so many of my peers after we were settled in. So many of my friends would stress the importance of taking a LIMO after dark.”

Shaw added that safety is not just the fault of city managers and the mayor.

“Community safety is everyone’s responsibility and the safety issues that are present often vary by neighborhood in the same city, which is difficult to demonstrate through statistics,” Shaw said. “I have always been impressed with the professionalism and dedication of the Milwaukee Police Department and Milwaukee County Sheriff in all my interactions with staff from either organization.”

In addition to the 10th highest violent crime rate, Milwaukee’s 2012 unemployment rate is 10.1 percent, the 27th highest in the country. In a foreword released before the article, the list’s authors recognized that other cities made the list due to factors outside of their control. Many of the cities on the list, including Milwaukee, Cleveland and Detroit, are suffering from an economic downturn, as well as the disappearance of manufacturing jobs they heavily rely on for economic staying power.

The authors, while saying the problems in Milwaukee and other “badly run cities” are because of  leadership, also said there are solutions to a declining economy and increasing crime rate.

“It is the responsibility of city planners to prepare for the worst,” list authors Michael B. Sauter and Thomas C. Frohlich said in the foreword.” Mayors, school boards and city councils all have a role to play in that regard and must work with the resources available to keep budgets balanced.”

Milwaukee Mayor Tom Barrett said in an interview with WTMJ that he does not “think that many people pay attention to (the 24/7 Wall St. list),” adding that he believes the city’s debt is not a cause for concern.

The authors concluded by saying cities in the worst-run list have the ability to improve if they focus on emerging areas.

“In some cases, this means facilitating growth of emerging industries that attract skilled, educated and well-paid taxpayers to a region,” they continued. “Seattle, Austin, and Scottsdale, all among the best-ranked cities, have managed to do this well.”