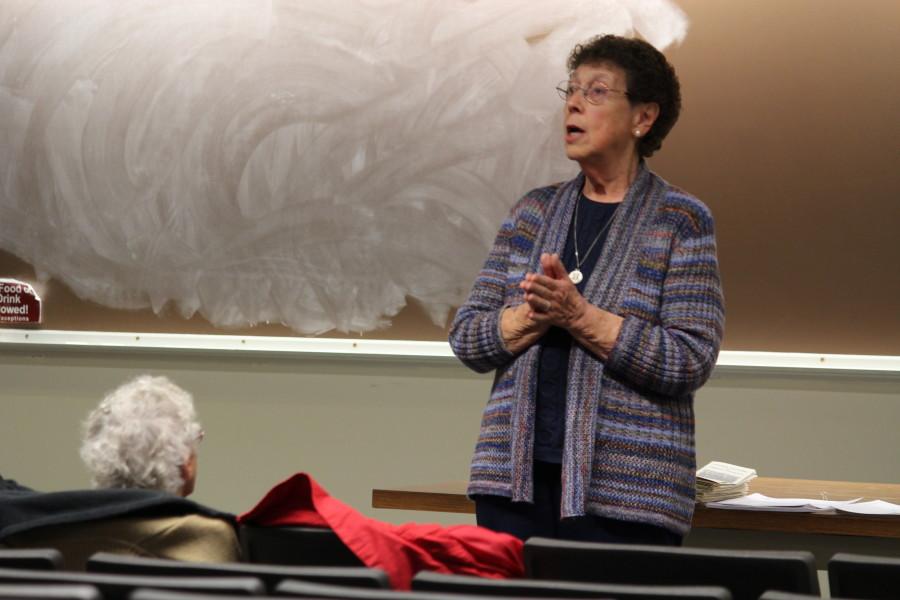 Pat Murphy and JoAnn Persch, nuns in the Catholic order Sisters of Mercy, traveled from Chicago to discuss non-violence in the fight for improved immigrant and refugee rights at an event hosted Monday night by Marquette’s Youth Empowered in the Struggle (YES).

Murphy and Persch work with the Interfaith Committee for Detained Immigrants (ICDI), an organization that advocates for respectful detainee treatment in immigration detention systems. Every week they visit the McHenry County Jail in Chicago and the Broadview Detention Center in Broadview, Ill. to provide prayer and consolation for detained immigrants and their families.

“You have power,” Persch said at the event. “We can’t save the world but we can all do something so do what you have the power to do.”

The sisters encouraged the 28 attendees to become involved with their work by spreading the word, contacting members of Congress or taking a trip to work with the ICDI.

Christian Villanueva, a junior in the College of Nursing and president of YES, said immigration reform is an issue that cannot be ignored.

“Even if you believe (immigration reform) doesn’t affect you personally, it does because the world is getting globalized and families are being separated and deported,” Villanueva said.

There was no vocal opposition to the viewpoints expressed by the speakers at the event. A 2012 Marquette Law Poll, however, indicates that there is an increasing partisan divide over the issue of immigration reform.

The poll showed that 68 percent of Democrats support legislation that would allow people who immigrated illegally to stay in the U.S. and eventually apply for citizenship. On the other hand, only 41 percent of Republicans supported the measure.

Throughout her speech at the event, Persch emphasized the motto she and Murphy live by while helping and advocating for detained immigrants.

“What we do, we do peacefully and respectfully, but we never take no for an answer,” Persch said. “We never take ‘no’ because these men and women in immigration custody deserve us to be their voice.”

The sisters said working with detained immigrants, a task they’ve done for the past 45 years, can sometimes be overwhelming and scary.

“(The immigrants) come and they just pour out their heart to you and tell (you) about the pain inside of them, about their family and what they hope is going to happen,” Murphy said. “You can feel their pain and fear.”

The two sisters also emphasized in the event that, contrary to public opinion, they see immigrants from every country of the world, not just those from south of the United States border. Murphy said this was an important aspect of immigration that she wants people to be aware of.

YES hosted Persch and Murphy as part of its efforts to advocate for a less demeaning immigration process in the United States.

“(Calling someone) ‘illegal’ or an ‘alien’ can dehumanize somebody and that is a derogatory term because a human being can have illegal actions but that doesn’t define a person,” Villanueva said.