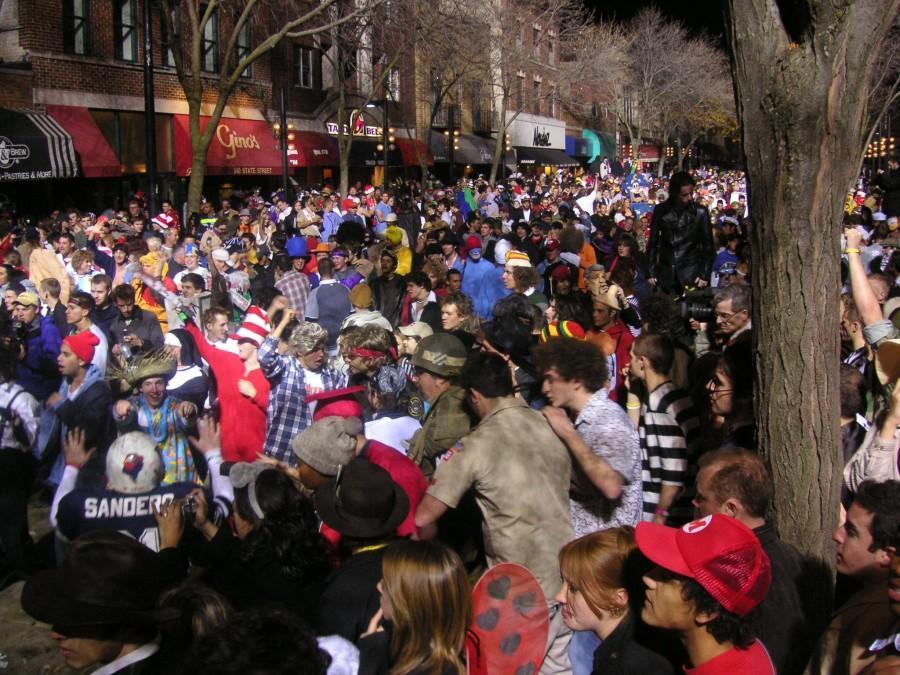 Freakfest, an annual Halloween celebration that takes place a block off of the University of Wisconsin-Madison campus, presents significant safety concerns.

High arrest rates are a yearly trend for the event. Freakfest collected a total 36 arrests last year during the two weekend celebrations, according to Madison police reports.

Some Marquette students also joined the Madison festivities. Lisa Bonvissuto, a sophomore in the Arts & Sciences, attended the event with a few friends last weekend along with thousands of other students.

“There were a lot of people there, but the police kept an eye on things,” Bonvissuto said. “The police did pull some people aside and talk to them to keep things calm.”

Madison police patrol the area, standing at each entrance to the festivities to make sure no one without a ticket enters and to look out for inappropriate behavior.

This year’s event featured such memorable costumes as a condom and a male Miley Cyrus wearing her infamous teddy bear leotard. Overall, Freakfest draws about 35,000 attendees from both on and off campus.

Julie Griep, a sophomore in the College of Engineering, joined Bonvissuto at the event. She said they stayed with friends who attend Madison and made sure to be safe while off campus.

“(Freakfest) is definitely worth it,” Griep said. “It’s really fun, there are tons of cool costumes, five different band stands, a street fair and so many brightly colored people.”

Making sure to stay in touch with Madison friends who knew their way around and to keep phones on and with them at all times, Bonvissuto and Griep stayed in a group with safety always in mind.

“We definitely stayed in a group,” Griep said. “You need to be in a group, especially if you’re from out of town. It’s really easy to get lost.”

Although Marquette’s campus does not have a celebration as large as Madison’s Freakfest, it also sees its own form of partying during the holiday’s weekend.

Lieutenant Paul Mascari, interim associate director of the Department of Public Safety, urges students to keep safety in mind while celebrating Halloween, even while walking around campus.

“Students need to take extra precautions when it comes to things like pedestrian safety,” Mascari said. “If students are wearing costumes, they need to make sure they can have good visibility of their surroundings.”

Drinking is another obvious concern around Halloween, the holiday often lends itself as an excuse to consume alcohol more aggressively. Griep noted that though alcohol was strictly monitored within the bounds of Freakfest, drunken behavior was still very noticeable.

“If students who are of age plan to drink, they should do so in moderation to avoid putting themselves in a position of increased risk,” Mascari said.

Mascari notes that students, sober or otherwise, should utilize the LIMO or student escort services in order to stay safe, and while “considerable resources” are dedicated to campus and nearby off-campus locations’ safety concerns, DPS, as always, urges students to travel in groups.