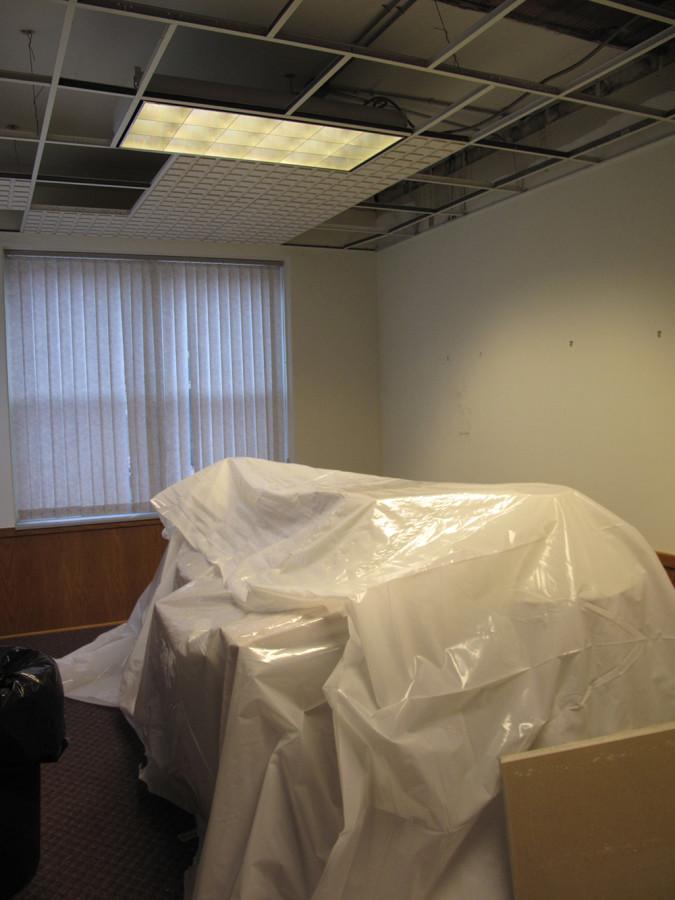 A pipe burst in the southwest corner of the fourth floor in the Jesuit Residence on Wisconsin Avenue Sunday at approximately 11:30 p.m., flooding the fourth floor and rooms in all the levels beneath it with about 2 inches of water.

Three Jesuits were displaced from their apartments, with three offices and a large TV room in the basement also flooded as a result of the incident.

The Rev. Gerald Goetz, minister and facilities manager at the Jesuit Residence, said the burst pipe is fixed, but repairs to the building may take several weeks or months to complete.

“First, they’ve got to move everything out of the apartments,” Goetz said. “They’ve got to take out the carpet and rip up the wood floor underneath because water got between the concrete and the wood and it would mold.”

Goetz said pipes have burst in the 97-year-old building a few times before. Many of the old-style pipes rusted through, although none of the earlier incidents produced as much damage as this.

“This is the worst case we’ve ever had,” Goetz said. “When you have a one inch water pipe spewing forth water under normal pressure for more than a half hour, you have a lot of water.”

The building, the second oldest on campus, was so flooded that water seeped outside onto the sidewalk on Wisconsin Avenue.

“It was a gusher!” said the Rev. Joe Mueller, a professor of theology.

Damage estimates are not yet known, but the Rev. Jeffrey LaBelle, assistant professor of education and rector at the Jesuit Residence, said it will be costly.

“It will put a big hit in our funds,” LaBelle said, “But we knew things like this can happen in a building this old.”

Although Marquette owns the building, located at 1404 W. Wisconsin Ave., the Society of Jesus is responsible for the costs to maintain it, according to LaBelle. He said an emergency fund was prepared for unexpected incidents like this.

LaBelle said a few residents are upset about the situation, because a lot of property in their rooms was damaged. Goetz said hundreds of books and manuscripts in the apartments of the Rev. Tad Burch and the Rev. Roland Teske have been lost due to water damage.

LaBelle added that he thinks the building’s most expensive items were able to be saved, because they were able to get the computers out of the flooded rooms quickly.

While the flooded rooms are repaired, displaced Jesuits will live in open the available rooms in the building, according to LaBelle.

More than 50 Jesuits live in the building, which was bought by Marquette in 1962. After renovations, the building became the Jesuit Residence in 1973.

LaBelle was also displaced from his office in the southwest corner of the ground floor. Ceiling tiles crashed to the floor Sunday night, and it took the maintenance crew all night to remove the water from the building.

“The good thing is no one was hurt,” LaBelle said, standing on the damp carpet in his near-empty office space.