Shutdown a lesson in stalled government for Les Aspin students 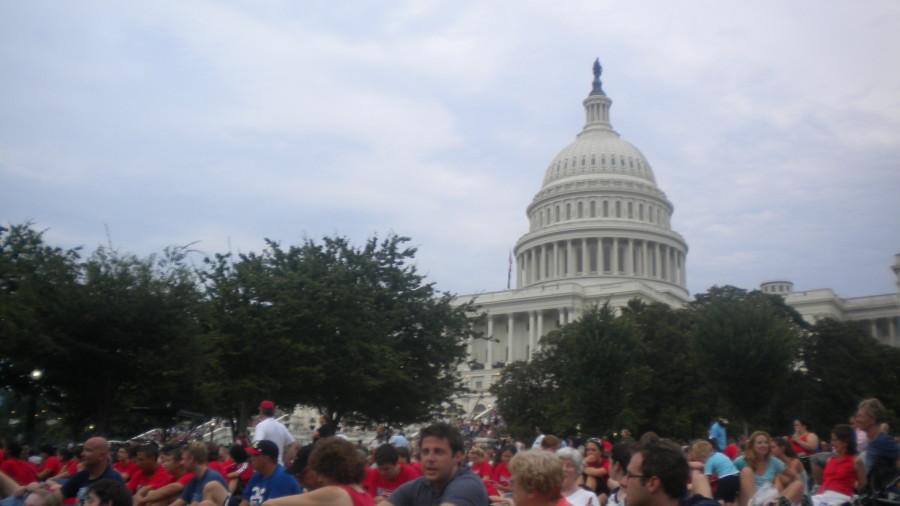 While the federal government remains shutdown due to a lack of a budget deal in Congress, the 18 Marquette students at the Les Aspin Center for Government this semester are busy getting a hands-on experience on how government works, and often does not.

Emily Wright, a senior in the College of Arts & Sciences, who works as an intern in the executive branch, was furloughed along with the rest of her office due to the shutdown.

“It’s a very fascinating time to be here in Washington, D.C.,” Wright said. “Being a witness to history is exciting. However, it has been a frustrating experience to be furloughed. I would much rather be working than waiting around for things to be resolved.”

At midnight on Oct. 1, the federal government entered a new funding period without budget appropriations from Congress, effectively shutting it down.

Annie Shuey, a junior in the College of Communication who is studying at Les Aspin, said this situation is a learning experience on democracy, even though she works for a political consulting firm not associated with congressional proceedings.

“The weekend before the shutdown, there were some intense late-night debates and votes in the House and Senate, and since we live only four blocks from the Capitol building, a bunch of us walked over and watched the proceedings from the galleries,” Shuey said. “Some members were yelling during debate and pointing at the other members and storming off the House floor — completely different from the respectful, somewhat dry debates you’d normally see on CSPAN.”

The stalemate on appropriations came from the House Republican majority only passing a continuing resolution that defunded the Affordable Care Act, repealed the tax on medical devices, or delayed implementation of the law for one year.

The Democratic Senate majority refused to negotiate a continuing resolution that contained stipulations about the Affordable Care Act. The lack of an agreement resulted in no funding resolution being passed.

Now, the fight has shifted on whether or not to raise the debt ceiling. President Obama announced he would not negotiate raising the debt ceiling, saying it must be raised before the Oct. 17 deadline to prevent a default on the national debt. Speaker of the House John Boehner continues to push for a negotiation to find a bipartisan solution to the debt issue.

Chris Murray, a lecturer and coordinator of student affairs at Les Aspin, is using the opportunity to include the shutdown into his class discussions.

“Despite the fact that little is getting done in Congress, there is a lot of activity that can act as a teaching lesson,” Murray said. “The students are spending a lot of time thinking about the consequences of the absence of compromise — especially from those elements refusing to budge on their demands.”

Murray also said students are having productive discussions on potential solutions to the shutdown.

“Because the students work in a broad cross-section of offices they need to recognize diverse viewpoints and perspectives,” he said.  “Whereas the Congress seems less successful at doing this, I would argue that the students are doing quite well. I think they are all frustrated that there are few concessions being offered.”

As of Wednesday, there was no concrete budget deal on the table. The Washington Post, however, reported that 22 Republicans and 195 Democrats supported a clean continuing resolution, an agreement that would keep the government temporarily funded.  These 217 representatives would be a simple majority in the House.