Q & A with members of Volcano Choir 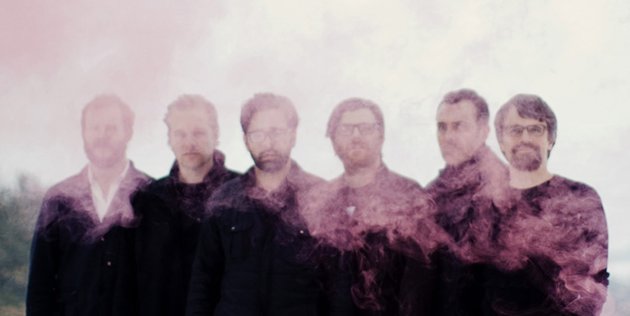 Volcano Choir blossomed out of Vernon’s collaboration with the Milwaukee-based band Collections of Colonies of Bees. The band’s latest album takes a sharp turn away from its experimental first release, 2009’s “Unmap,” to create an introspective and gorgeous atmosphere listeners will want to live in for months.

I spoke over the phone with Volcano Choir keyboardist Tom Wincek and guitar player Chris Rosenau last Tuesday about their Wisconsin roots, the band’s growth and their recent appearance on “Late Night With Jimmy Fallon.”

Taylor Gall: Your first album “Unmap” was pieced together via email, and “Repave” is a collective effort. How did you make that transition?

Chris Rosenau: The momentum that we got when we played those songs live kind of opened our eyes wider to what we could be.

TG: A lot of your lyrics get fairly specific. Who does the writing for the band?

TW: Justin writes the majority of the lyrics. We’ve all contributed small bits and pieces, but we’re more of a soundboard to bounce stuff off of. That’s something that Justin really likes about the band; we have some fully fleshed out songs that he can just put lyrics to and melodies to.

TG: You are a band native to Wisconsin. How has spending so much time in Wisconsin influenced your band and your music?

TW: There’s just a real sense of approachableness here. There’s a normal, human respect that people have for one another here that is harder to come across in other places.

CR: I think that it ends up fostering an environment that we all totally take for granted. Like you can go to a metal show here and be super into the drummer, see him at some crazy jazz show and then you’ll start playing together in a country band. There are no musical barriers here.

TG: Recently you appeared on “Late Night With Jimmy Fallon.” How was your experience?

TW: It was amazing. It was super surreal, and it could have been pretty bad.  We could have easily had, like, a mental breakdown just because having David Kross and Bob Odenkirk like five feet away from you is crazy. It went really well, I had a very fun experience.

CR: We work with people that we want to work with, who are friendly and who we really like. It’s really interesting and utterly shocking that we can work at this new level, hang around the Fallon show and make friends with these people. It was a total hang. The day was bonkers, it was bananas; it was so cool.

TG: You’ve played a few songs in recent live shows that aren’t on any albums. Do you have more songs in your back pocket?

TW: We didn’t include a few songs on “Repave” so that we could have a more cohesive album. The songs we ended up with on “Repave” meshed together well. We are sitting on four songs that are all in a great spot, so we are actually playing three of them live in addition to our album songs.

TG: How did you come up with the name Volcano Choir?

CR: In the process of sending back some of the files for “Unmapped,” Justin named a few of the files “Fall Creek Boys Choir,” and the idea of a choir sort of stuck because of all of the crazy vocal stuff he does. Then our drummer, John Miller, ended up looping the whole volcano part in; Volcano Choir was perfect because it grabbed (the) whole upward momentum of the group.

Volcano Choir will will come home to Wisconsin to perform with special guest Hello Death at The Pabst Theater on Saturday.