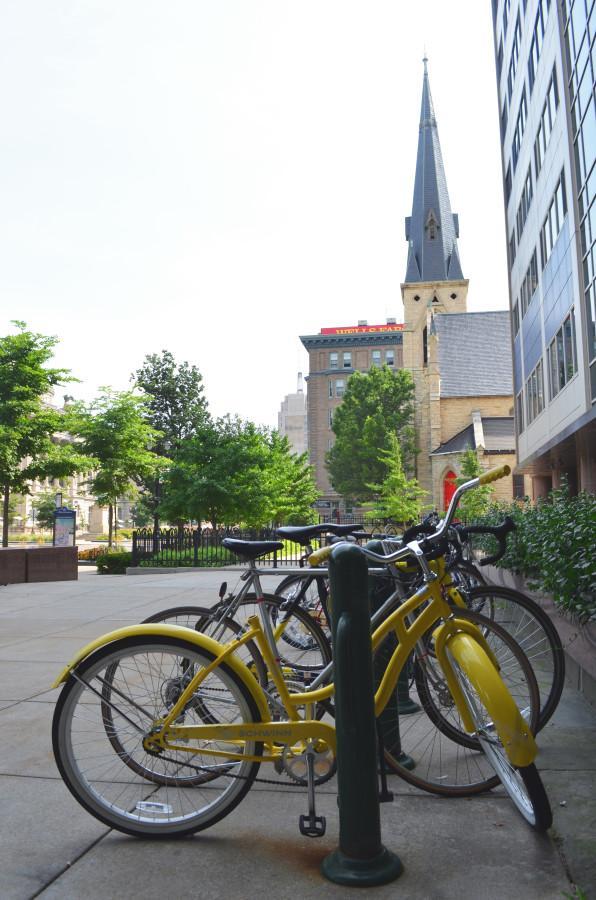 Seven bike thefts were reported to the Department of Public Safety between June 22 and Aug. 22, including bikes that were secured with chains or locks, continuing a trend the Tribune reported nearly a year ago.

Bike theft rates from the previous summer carried into last school year. Emma Weber, a senior in the College of Health Sciences, said she and her three roommates all had their bikes stolen from the Maryland Court apartments last year, despite having them locked.

Jake Schueller, a fifth year senior in the College of Engineering, also had his bike stolen at Maryland Court in early July. He said he locked the bike outside with a standard cable chain and lock.

“The lock and bike were both gone (by the next morning), with no evidence of it being there,” Schueller said in an email.

Schueller reported the theft to DPS, and DPS then notified the Milwaukee Police Department, but he never found his bike.

DPS Captain Russell Shaw said he thinks students should purchase Kryptonite-brand “U-Locks” for their bikes, which are available for purchase from DPS $29.

“U-Locks are almost impossible to defeat,” Shaw said in an email.

Other universities have tried using “bait bikes,” which are bikes rigged with GPS-tracking technology placed at prime locations across campus. Universities such as Arizona State, Tulane, Winthrop, Wisconsin – Madison and Texas – Austin are seeing decreases in bike thefts and increases in arrests since implementing the technology.

The FBI said in May that they estimated bicycle thefts to total $350 million in the U.S. each year, at an average cost of $250 per bike. The National Bike Registry and campus police from across the country also said in May that bike theft is the No. 1 type of property theft on college campuses.

The last bike theft reported by DPS occurred between Aug. 16 and Aug. 18, in which only the back wheel of the bike was stolen.

Story by Claire Hackett
Special to the Tribune