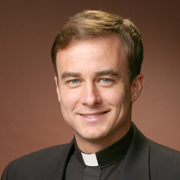 In the midst of Sexual Assault Awareness Month, Marquette named a new Title IX coordinator last Thursday. The Rev. Daniel Hendrickson, the associate vice president in the Office of the Executive Vice President, will now be the chief coordinator for implementing Title IX policies and procedures at the university.

Title IX, which was passed during the civil rights movement under the 1972 Education Amendments, was created to prevent discrimination based on sex in education and remove obstacles preventing a person from pursuing a profession because of her or his sex. All schools and institutions that receive some federal aid – directly or indirectly – must comply with these policies. In addition, all institutions are required to have a Title IX coordinator, according to the U.S. Department of Education.

“I am excited to take on this important role and to contribute more broadly to the safety and well-being of our campus community,” Hendrickson said. “The educational dimensions of Title IX are quite vast, and I think there is a special Jesuit character in the oversight it provides.”

The Title IX coordinator is required to oversee “campus training and education initiatives, promote awareness of Title IX requirements and ensure their proper reporting,” according to an April 18 university news brief.

“Since Title IX compliance directly affects the safety and well-being of our entire campus community, the university has decided to add additional deputies from areas that work most closely on Title IX compliance, with oversight from the Rev. Hendrickson in the Office of the Executive Vice President,” Mellantine said in an email.

While Title IX is well known for requiring colleges to sponsor an equivalent number of men’s and women’s sports, it also prohibits discrimination in instances of sexual harassment and sexual violence and requires institutions to have procedures addressing and reporting such incidents.

The announcement of a new coordinator comes almost two and a half years after the U.S. Department of Education opened an investigation into Marquette’s mishandling of the report of an alleged sexual assault by student athletes.

It also comes almost two years after a reported May 2011 rape of a Marquette student studying in South Africa and nearly a year after two students were allegedly sexual assaulted on a Marquette study abroad program in Cagli, Italy. The university’s response to both of the latter incidents also generated controversy.

Brian Dorrington, senior director of university communication, said the change in coordinators was not related to any specific incident.

“Strengthening our Title IX oversight process is another step forward in our ongoing commitment to ensuring our campus climate is inclusive, equitable and safe for all students, faculty and staff, not a reaction to a specific incident,” Dorrington said in an email.

Along with their new responsibilities overseeing Title IX programs, Hendrickson and the other four deputy coordinators will continue to fulfill their existing duties as administrators.

Hendrickson, who also teaches philosophy, said he is excited to use his new responsibilities to connect with an even larger Marquette audience.

“I am grateful to interact with students in these roles, and now with the entire campus community in Title IX outreach,” Hendrickson said.