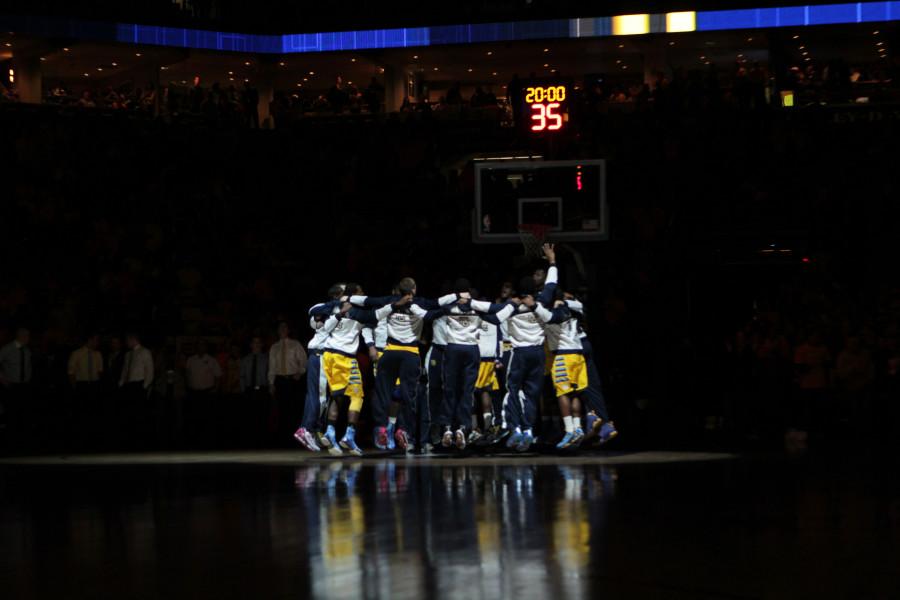 Just before the Golden Eagles left for Washington, D.C. to make their third consecutive Sweet Sixteen appearance, Williams shed light on that mindset.

Marquette fans have seen some very good teams on paper the last 10 years. Players like Steve Novak, Jerel McNeal, Wesley Matthews and Lazar Hayward would probably be recruited or drafted over any of the players on this season’s roster.

However, it was the 2012-13 squad that went further than any Marquette team has gone since 2003. A team that was picked to finish seventh in the Big East was one of the last eight teams standing in the NCAA tournament.

Marquette spent the beginning of 2012-13 searching for its identity. After court condensation led to the cancellation of the Carrier Classic, the Golden Eagles started their season with a pair of home wins over Colgate and Southeastern Louisiana.

They failed their first big test, losing in heartbreaking fashion to Butler at the Maui Invitational. Little did they know, they’d get a chance to retake it.

Two wins in Maui over Mississippi State and USC got Marquette rolling again, and after another cupcake home victory over UMBC, it ran smack into Florida. The Golden Eagles responded to an 82-49 thumping in Gainesville with a 60-50 win over Wisconsin, but its other in-state rival would send them reeling.

A 49-47 loss at Wisconsin-Green Bay left some questions, but Marquette answered with a six-game win streak to start the Big East season 4-0.

The Golden Eagles would win 14 conference games and soar to a share of the Big East regular season title.

They crashed again in the Big East tournament, earning a double-bye only to exit after their first game, a 72-64 loss to Notre Dame.

But just like it had all season, Marquette bounced back when it mattered.

The Golden Eagles rallied to a comeback win against Davidson in the second round of the NCAA tournament. Then, they avenged their loss to the Bulldogs to advance to the Sweet Sixteen.

“You get the same test over and over,” Williams said after the win. “Until you pass it, you’re going to keep getting the same test. And tonight in comparison to November the 19th, it was the same test, and we’re thankful that we passed it.”

Marquette faced a similar test  to the ones it had the previous two seasons in the round of 16. This time it passed with flying colors.

The Golden Eagles played their best game of the season against Miami. Nearly every top scorer and role player contributed as Vander Blue, Jamil Wilson, Chris Otule and Davante Gardner all scored in double digits.

Though the magic ran out in the Elite Eight against Syracuse, this Marquette team exceeded expectations and provided an example of how far toughness can take a team.

As Williams put it, not being very good “gives you an edge,” and that edge pushed the Golden Eagles further than anyone would have anticipated.

Marquette will miss seniors Trent Lockett and Junior Cadougan, but with the likely return of Blue, Gardner and Wilson, the Golden Eagles will have a solid senior foundation next season.

The 2013-14 squad will likely face far greater expectations. But it also should be very good, even in Williams’ opinion.