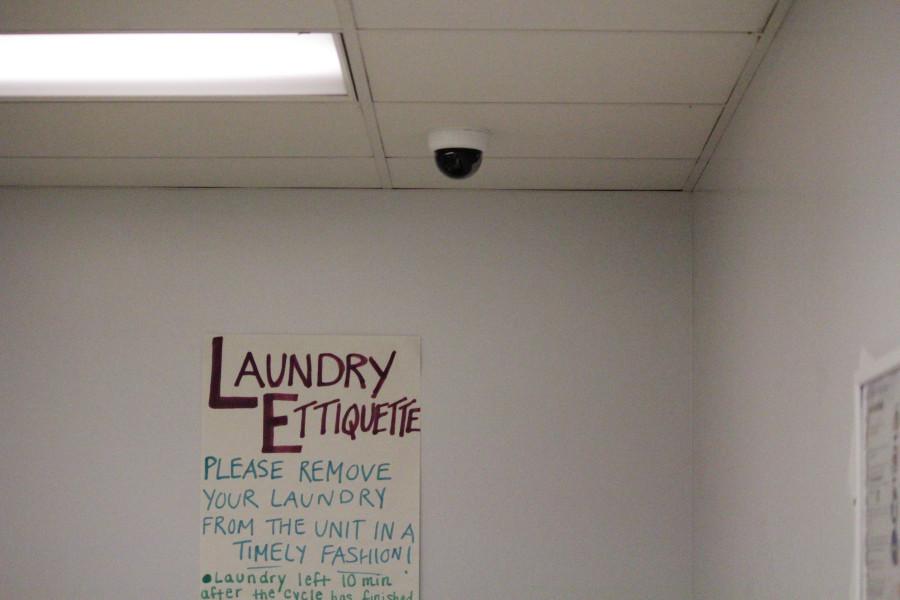 In an effort to prevent laundry theft late last month, Straz Tower became the latest residence hall to install surveillance in its laundry room. According to the Office of Residence Life, the cameras in Straz come as a preventative measure, not as the result of past thievery.

In a Feb. 27 email addressing spring break dorm procedures, Straz Tower Residence Hall Director Andrew Levy told students to inform him if they believe their laundry has been stolen. Dorm officials would then review the tape.

Rick Arcuri, associate dean for administrative services in the Office of Residence Life, said in an email that the cameras have been added as a precaution.

“We have had fewer thefts and less damage where cameras are present,” Arcuri said.

Cameron Dolsby, a Straz Tower resident and a sophomore in the College of Engineering, said his laundry has never been stolen and questioned whether the addition of cameras to the room was necessary.

“When I first heard about it, I was shocked, because on my floor we leave laptops and books out in our common area, and nothing ever gets taken,” Dolsby said. “(I was also) surprised someone would take someone else’s clothes, because the person who took them would live in (the same residence hall) … so there is a high probability they will get caught wearing them by the actual owner.”

Arcuri said clothes have been taken from unattended machines in Marquette’s residence hall laundry rooms in the past.

While cameras have now been added to Straz Tower, McCormick Hall – Marquette’s most populated dorm – has not installed surveillance cameras in its laundry room.

Though students may not always wait in the laundry room for their wash to finish, there have not yet been requests for cameras in McCormick.

Megan Zak, a McCormick resident and a freshman in the College of Engineering, said though she sees the value of having cameras recording activity in the laundry room, students should ultimately be responsible for watching their clothes.

“I think (having cameras) is fine, but it kind of sounds like a waste of money,” Zak said. “Don’t leave your clothes alone if you don’t want them to be stolen.”