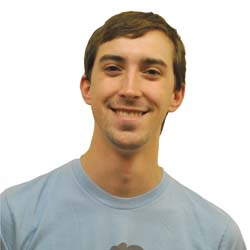 I love Milwaukee, and I’m not just saying that because I’ve lived here my entire life. I think it’s a great place filled with great people that somehow feels like a big city and a small town at the same time. If I ended up staying in the ol’ 414 for the rest of my life, I would not lament it at all.

But if this little love affair is going to continue, Milwaukee, I need to get something off my chest.

Your concert crowds are atrocious.

Let me explain myself. Last weekend, I went to “An Evening with ‘The Walking Dead’” at the Riverside. My girlfriend is a massive fan of AMC’s monster hit, and though I fell off the wagon after season one, it was due to lack of time, not lack of interest. If I had time to watch television, “The Walking Dead” would easily be scheduled in.

The evening was meant to consist of a host asking the panel of stars – including Norman Reedus, Lauren Cohan, Steven Yeun and Greg Nicotero – some questions and then a few supplied by fans earlier in the night.

The rowdy 10 p.m. audience, however, refused to let the event go as planned.

Throughout the questioning, the crowd continued to yell out catchphrases and drunken proclamations of love. One audience member kept yelling out “You can do it,” which tells me that a.) he finally got around to watching “The Waterboy” and b.) he has a masochistic desire to be punched in the face by anyone with access to a fist.

By the end of the night, the cast and crowd were yelling questions and answers over one another, and Norman Reedus flat-out disappeared into the crowd.

It was complete and utter chaos. Yes, it was a good bit of fun, but if you went into the evening wanting to learn new information about “The Walking Dead,” you probably walked out only moderately satisfied. The enjoyment of the evening was based on the cast’s game responses and cool demeanor, not the audience’s unnecessary additions.

This would be innocent enough if it was a one-time thing. I mean, it was a 10:00 showing on a Saturday night; of course people are going to arrive a little wobbly and not exactly shouting lines of Shakespearean depth and sophistication.

I remember a Lewis Black comedy show in which a heckler disrupted the “Daily Show” alum’s routine and was deservedly berated and dismantled by the comedian. You’d think he would’ve learned his lesson, but a few minutes later, he had a new quip he wanted to try out. He was shown the door.

I also remember a Flight of the Conchords concert in which the crowd seemed to confuse the stage for a shockingly realistic television and proceeded to yell whatever they wanted at the comedians. Admittedly, Jemaine Clement got a good line out of the heckling (Fan: “I love you Jemaine!” Jemaine: “I love you, too, but I think this is the appropriate distance for our relationship.”), but it still ruined the flow of the evening.

True, the heckling may result in some spontaneous moments of entertainment, but it’s like comparing a deliciously prepared three-course meal to a cheap Easy Mac and Ramen combo platter. Both might taste good, but one is the carefully crafted result of an expert and one is just making the best of an empty pantry.

Maybe it’s not just a problem isolated to Milwaukee. People nowadays are living in the Me Generation – a phrase I continually try to fit into whatever conversation I can, regardless of topic. We’ve been told that we should have everything our way and that everything that pops into our heads needs to be shared with everyone as soon as possible.

The result is people who refuse to be talked down from a bad idea and refuse to believe they are accountable for their actions and words.

There’s no good joke that we won’t piggyback onto in the hopes of stealing some of its thunder. Being creative ourselves is hard, so we try to take someone else’s humor. That’s why a drunk guy figures yelling a dated catchphrase from a bad Adam Sandler movie four times is a smart idea. That’s also how “the Harlem Shake” happens. Congratulations, everyone, you discovered the jump cut. Let me know when you discover humor.

I’ve only ever attended one other concert outside of Milwaukee – a Nathaniel Rateliff concert in a fairly swanky New York nightclub where hecklers would’ve been publicly shamed in the New York Post the next day – so I can’t provably say whether it’s only Milwaukee with a case of the disgraceful yips. But this next statement is a fact.

Milwaukee, you know you’re better than this.