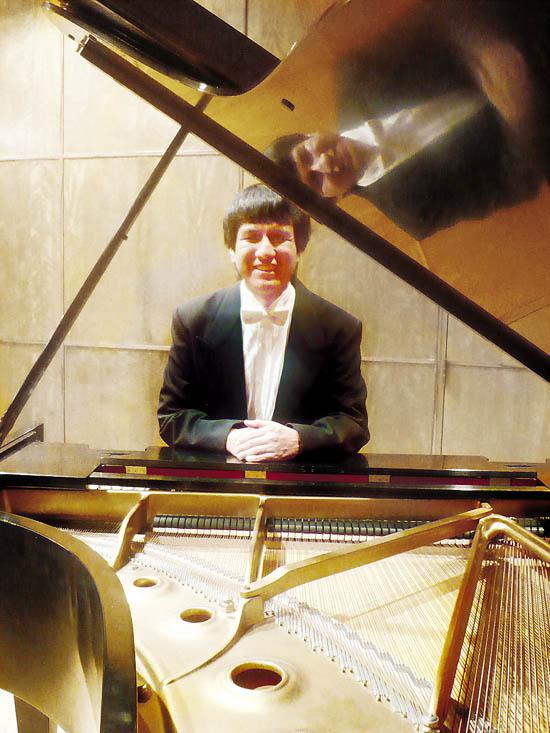 The blind Incan pianist went from living in an orphanage in Peru to becoming a celebrated pianist traveling the world. The virtuoso has overcome sizable odds to play with renowned groups like the Harvard University orchestra and the Philharmonie Moments Musicaux in Taiwan.

This weekend, the Marquette Symphony Orchestra will have the unique privilege of playing with the world-class performer for the second time. Ch’uqi will perform the soloist piano part of Mendelssohn’s Piano Concerto No. 1, backed by the orchestra this Sunday at 2 p.m. at the Varsity Theatre.

Jason Ladd, the orchestra’s director, helped bring Ch’uqi to campus and has had a long relationship with the musician.

“We first met when we were college roommates at Eastman School of Music in Rodchester, and we’ve kept in close contact since then,” Ladd said.

Ladd said he remembers Ch’uqi showing great skill from his time as an undergraduate. Even among the exceptional students at the Eastman School of Music – consistently ranked among the best music schools in the United States – Ch’uqi stood out.

“I remember during freshman orientation, it was the second full day that we were there,” Ladd said. “There was a group of us around, and we could already tell (Ch’uqi) could really play. But then he played the ‘Ballade No. 4’ by Chopin, and there was complete silence in the room after he was done. It was just amazing the different emotions he got out of the piece. When he got to the end, we all didn’t know what to say. We were just overwhelmed.”

The orchestra’s president, Eric Stolz, a senior in the College of Engineering, played with Ch’uqi two years ago when the musician first came to Marquette.

“The first day he was with us, you could feel the excitement in the room,” Stolz said. “The instant the sound came out of the piano, I just had to say ‘wow.’ It’s a sound like you’ve never heard before from a piano. It was a really excellent experience for me, and I think for everyone else, to play with such a high caliber musician. I think that was some of the best playing the orchestra has collectively done – at least since I’ve been here.”

The orchestra has been working on the show since November, preparing and practicing for the performance and for the arrival of the renowned soloist. Ch’uqi will arrive just a few days before the show and will spend an intense period reacquainting himself with the music. Ladd said the pianist will likely spend 16 to 18 hours alone with a piano working on the performance in addition to his rehearsals with the orchestra.

Along with the Mendelssohn concerto with Ch’uqi, the orchestra will play three other pieces: Mozart’s “Overture to ‘The Magic Flute’”, Haydn’s “Symphony No. 94 ‘Surprise’” and Strauss’ “On the Beautiful Blue Danube,” the last of which is identifiable to anyone who has seen Bugs Bunny or the countless commercials that use the playful waltz.

Stolz said the orchestra is excitedly awaiting Ch’qui’s arrival and the chance to showcase its months of work.

“I’m excited to play with (Ch’uqi) again,” Stolz said. “I’m sure it’s going to be the same sort of excitement and surprise that I experienced two years ago. Now we have a different piece, and we have so many new musicians. I have kind of forgotten what it was like to play with a musician like him, so I’m really excited. I know it is going to come together beautifully.”