Editorial: Though unmanned and far away, drones still matter 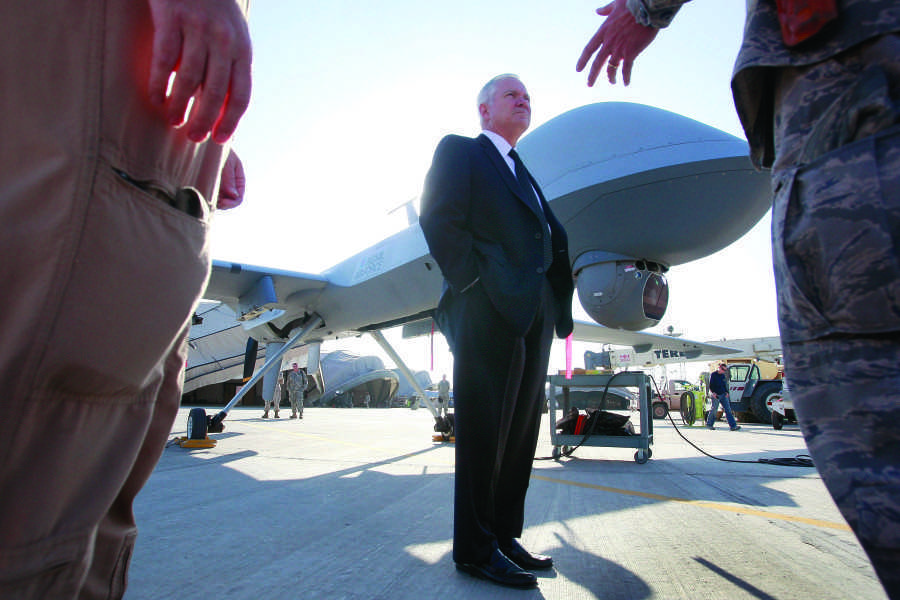 Last week, the Tribune Editorial Board cited Chicago’s homicide rate as something to consider regarding America’s culture of violence and the value of human life. Since then, news broke of a leaked memo from the Department of Justice justifying the use of drone strikes to kill American citizens suspected of terrorist activity.

Though this story became a mainstream headline only recently, it is not new. The U.S. began using drone strikes in northwest Pakistan in 2004 under President George W. Bush, and strikes have increased significantly under President Barack Obama. The U.S. also uses drone strikes in Yemen and Somalia. The Bureau of Investigative Journalism reported that as of early January, the Obama Administration conducted 310 drone strikes, compared to 52 under Bush.

The use of drones is controversial both because of questions about the constitutionality of killing American citizens without due process and the potential to accidentally kill civilians abroad. Discourse about the precedent set by such a policy is a conversation worth having. However, as students of a Jesuit institution, we are particularly concerned about the use of drone strikes all over the world and the loss of all innocent life in these attacks.

A common argument in favor of drone strikes is that they act as a substitute for using ground troops, but if we accept that killing civilians is a wiser choice in fighting terrorism than risking soldiers’ lives, we accept that American lives are worth more than the lives of others.

Of course, the safety of American troops should be a top priority. However, we are supposedly fighting these wars to achieve peace by defeating terrorism. If our policies take innocent lives, we are not taking productive steps toward that goal. The CIA teaches the concept of “blowback” – the unintended consequences of a covert operation. If our policies anger another nation enough, our troops could end up being hurt as retaliation, or we could see another terrorist attack on our own soil.

The CIA initially claimed that no civilians were killed in the strikes, but those reports have since been disputed by overwhelming evidence to the contrary. On Feb. 6, when White House Press Secretary Jay Carney was asked by a reporter if any civilians had been killed in drone strikes, he replied, “I don’t disagree with that.”

The number of civilian casualties differs depending on the source reporting the incidents, but it is not uncommon for more civilians to die in these attacks than suspected terrorists. From January 2006 to April 2009, Pakistani authorities told The News International that 14 wanted al-Qaeda leaders were killed compared to 687 Pakistani civilians. On Jan 10. 2013, the Bureau of Investigative Journalism reported that between 473 and 893 civilians, including 176 children, were killed because of drone strikes in Pakistan since they began in 2004.

When defending Obama and the drone policy last week, Senator Lindsey Graham (R-S.C.) said, “Every member of Congress needs to get on board (with the targeted killings).” It is head-scratching that someone like Graham, who identifies himself as pro-life, would be wholeheartedly in favor of this policy.

The inconsistencies hit just as hard on the left. A liberal panel on Current TV agreed Friday that the drone strikes were fine because the nation “trusts Obama more than Bush.” The idea that the charisma of the president changes one’s opinion on the loss of innocent life is enormously problematic and is a road block in correcting this policy.

It is easy to be upset with death when it occurs on our homeland and not a distant, Middle Eastern nation. Obama rightfully shed a tear for the children killed at Sandy Hook, but when his decisions involve the deaths of children somewhere else, the emotion is somehow extracted.

Our current political polarization can make it hard for our leaders to speak up in opposition to this policy for fear of party repercussions. If politicians and talking heads are not going to budge on the issue in order to protect party interests, the duty lies with American citizens to further challenge the status quo and ask questions about our ethics and priorities.

We do not claim to be foreign policy experts and do not intend to argue logistics of specific foreign policy operations. But our Jesuit values of peace, justice and concern for our fellow human beings lead us to believe that drone strikes are unethical. After reflecting during Marquette’s annual Mission Week, appropriately themed “The World is our Home,” we feel students should consider having a renewed understanding of the consequences of our actions around the globe.

Many communities advocate for the value of human life, and we feel these communities should be vocal about their opposition to these policies. As members of a Jesuit university community, we should be concerned about the prospect of unmanned aircraft taking innocent human lives. At home or abroad, the end result is the same.