‘Hansel and Gretel: Witch Hunters’ a bitter candy to swallow 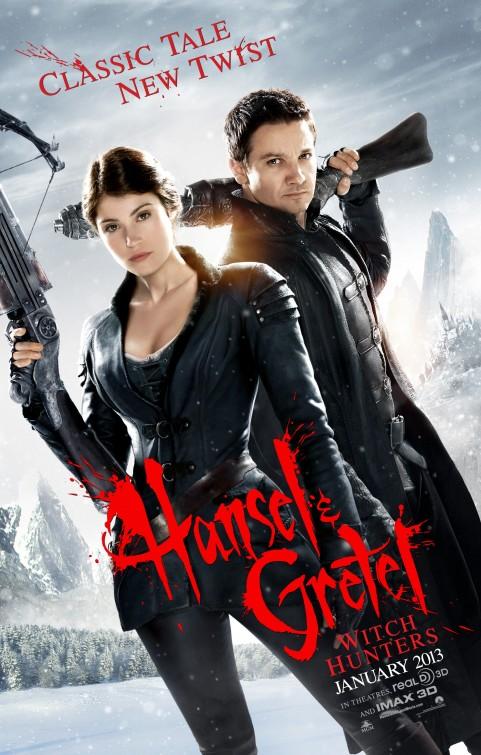 Moviegoers craving something sweet and satisfying should pass on “Hansel and Gretel: Witch Hunters.” Hollywood’s latest fairy tale re-imaging sells itself as a sugary treat but delivers bitter disappointment.

This latest chapter in Hollywood’s goal to milk classic tales with any name recognition whatsoever turns its sights on the Brothers Grimm fairy tale. Even before the film’s release, there were signs that things were not looking good.

First, Norwegian director Tommy Wirkola’s (“Dead Snow”) American debut was delayed for almost a year. Second, the release date chosen was in mid-January, when mediocre films are sent to die. That may be enough of a scare to stop you from eating the candy, but if you’re still not convinced, read on.

“Hansel and Gretel” opens with the classic fairy tale – two children are abandoned in the woods, only to stumble upon a house made of candy. We all know how it goes from here. They think they are entering the home of a kind old woman, but in reality, she is a witch who attempts to fatten them up and eat them.

This is where the classic tale ends and the “re-imagining” comes in. After their near-death encounter, the brother-sister duo develops an affinity for killing witches. We find Hansel and Gretel, played by Jeremy Renner (“The Avengers”) and Gemma Arterton (“Quantum of Solace”), as adults traveling the world, hunting and killing witches to protect innocent villagers.

The focus becomes the village of Augsburg, where the mayor employs Hansel and Gretel to find and return missing children, stolen by an evil witch, Muriel (Famke Janssen) to complete a black magic ritual. The whole mythology, from flame-resistant potions to hearts-of-good witches, gets muddled with an overly complex plot that delivers nothing but wholehearted confusion.

“Hansel and Gretel” was touted as a four-genre “classic tale” with a “new twist,” but none of the four genres – action, adventure, comedy or horror – complements the classic story. They don’t even provide any truly original twist. Instead, the film fails to satisfy any genre and ends an unclassifiable mess.

Above all else, “Hansel and Gretel” strives to be an action flick. Sure, Hansel and Gretel flaunt anachronistic guns and crossbows in a world seemingly set in the Middle Ages, but the two have no fun or style blasting witches to bits. Here we have all the violence but none of the enthusiasm that makes action films watchable.

If the film fails as an action flick, it certainly fails just as much in the adventure genre. When I think adventure, I think of globe-trekking heroes who travel to exotic locations, questing to reach a heroic goal. And normally, they will encounter various obstacles and villains, as well as a few allies – which is, in this case, a “white witch” love interest for Hansel and a quasi-stalker fan-boy for Gretel.

But Hansel and Gretel don’t even make it out of one village. The methodical plot goes like this: villagers point to the woods, the siblings go fight some witches – usually involving a combination of running up trees, blood gushing, bone-crushing and swashbuckling – then a return to the village. Repeat this three or four times, and you’ve got yourself a movie.

Perhaps the only funny part of this supposed comedy is its laughably terrible script. It’s filled with lazy writing and dialogue that fail to move the plot, flesh out character development or inject comedic appeal.

The comedic elements of the film – and you can tell there are some by the uncommitted semi-laughter of the audience – fall flat. The script is overly reliant on f-bombs to get a laugh, and the few one-liners in the movie are forced.

Despite these comedic flaws in the writing, the film admittedly has a few laughable moments. The ridiculous special effects were the funniest part in the creators’ attempt to bring the film a nod in the horror genre.

The gore is cartoonish, with blood gushing every which way and heads exploding. The witches are constantly sliced into chunks with their entrails strewn across the forest. The ultraviolence is not horrific and too fanciful to be taken seriously.

“Hansel and Gretel: Witch Hunters” is aiming to be a mindlessly fun B-movie, but it can’t even manage to reach those modest heights. It’s enough to give anyone a toothache.