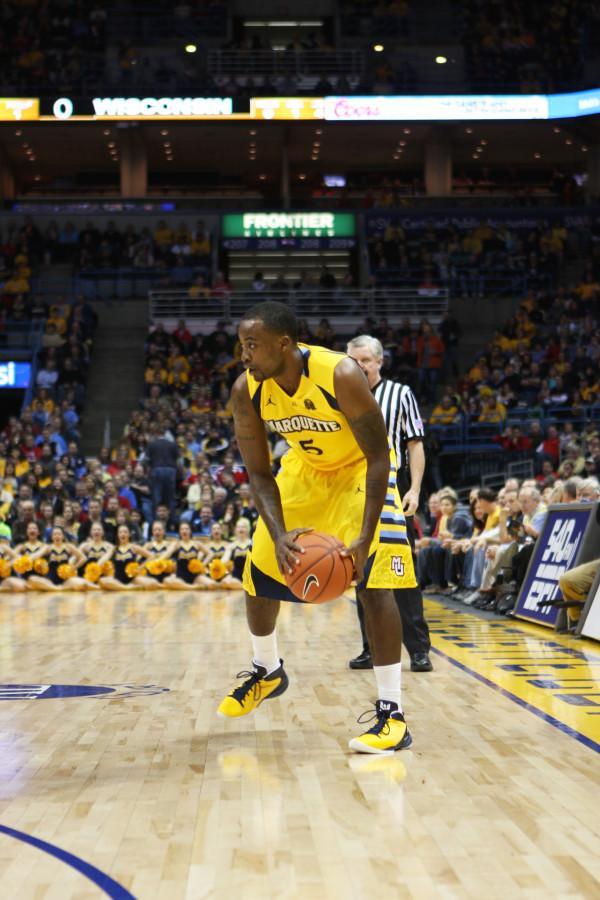 After a narrow overtime defeat at Cincinnati Saturday, the Marquette men’s basketball team has had the week off to prepare for this Saturday’s home showdown against Providence.

Typically, a week would be more than enough time to prepare for one of the Big East’s traditional “cupcakes,” but some results the Friars have put together in 2012 suggest they might be on the verge of shaking that reputation.

Though it is just 10-9 and 2-5 in the Big East, Providence has pushed elite teams within the conference. Its wins in conference came against Villanova (which beat previous No. 1 Louisville Tuesday) at home and at Seton Hall. The Friars also played tight with Syracuse, the current consensus top team in the conference, losing to the Orange by just four.

Buzz Williams’ practice of never overlooking opponents will certainly factor into this matchup as Marquette hopes to bounce back from a difficult loss.

Bryce Cotton: A 6-foot-1 junior shooting guard, Cotton leads his team and the entire Big East in scoring with 21.9 points per game. He is a serious three-point threat, as half of his made field goals this season have come from beyond the arc, and he shoots 41.7 percent from distance. Marquette has struggled to close down shooters this season, getting consistently burned by distance shooters like Sean Kilpatrick of Cincinnati and Lamar Patterson of Pittsburgh. Locking up Cotton will be paramount to Marquette’s success.

Kadeem Batts: Batts, a 6-foot-9 junior power forward, provides Providence’s strongest post presence. He ranks second on the team in scoring, with 14.5 points per game, and rebounding, with 7.3 board per game. Those marks are fourteenth and eighth in the Big East, respectively. Batts also ranks thirteenth in the Big East in field goal percentage, making just a tick over half of his shots on the year. Batts, along with fellow big man LeDontae Henton, leads a potent Providence rebounding attack that could cause Marquette problems if the Golden Eagles box out like they did in the first half against Cincinnati.

Vincent Council: Council, a 6-foot-2 senior point guard, is the Friars’ unquestioned floor general. His experience and dynamic ability had college basketball experts predicting a major improvement from Providence in the preseason. Unfortunately, Council missed most of the pre-conference season after sustaining a hamstring injury in the season opener. Since returning, Council has averaged nearly seven assists and 10 points per game. His ability to create and find opening in defenses could certainly plague Marquette Saturday.

Vander Blue: Providence has two solid big men in Batts and Henton, so feeding Davante Gardner on every possession might not be a realistic option, especially if the two big Friars can get Gardner into foul trouble at the other end. Marquette will need its only player who can consistently create his own shot to do so with regularity and effectiveness. Blue’s ability to drive the lane, get out in transition and knock down jump shots late in the shot clock will determine whether Marquette can score consistently against the Friars.

Marquette needs to watch out for the Friars. If the Golden Eagles get complacent, Providence could steal one Saturday, and that would go down as Marquette’s worst loss of the year outside of Green Bay. However, Buzz will get his team going, and Marquette has yet to lose at home in 2012-13. Marquette will beat Providence in yet another frustratingly close contest, 65-59.