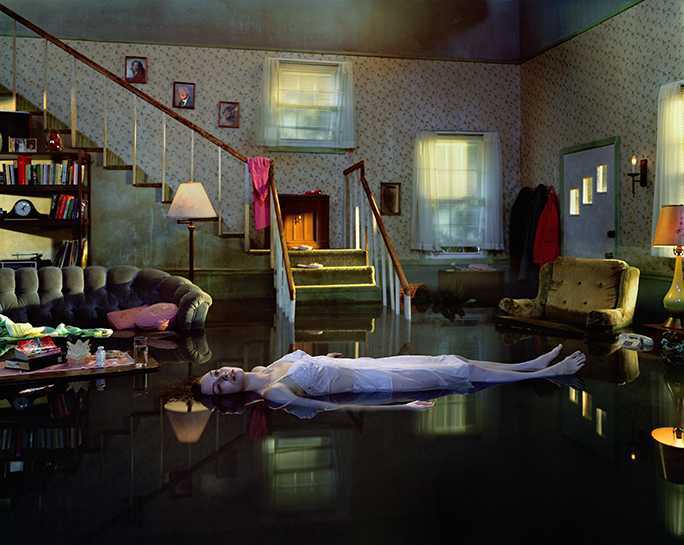 The Haggerty Museum of Art has once again transformed. Nestled in the heart of campus, the museum recently debuted four new and incredibly diverse exhibitions.

But what remains constant in this semester’s display is each exhibition’s willingness to confront something contentious or powerful. The pieces offer myriad perspectives on politics, nature, history, death and religion, among other themes.

This charged atmosphere and blend of disciplines and viewpoints, provide something for audiences as varied as the art itself.

Enrique Chagoya is known for politically-charged work that weaves current events and pop culture with ancient Aztec, Mayan and Mixtec culture. Chagoya, a Mexican-born artist and professor at Stanford University, works in multiple media, but the Haggerty’s new exhibit focuses solely on his work in codex prints.

Codex prints were originally a form of communication from ancient Meso-American cultures. The prints, like their cultural predecessors, are accordion-folded,  printed on bark paper and read right to left.

The exhibition offers a composite view of the works extended and framed on the wall focusing less on the narrative and more on the works as whole pieces of art.

“A kind of thesis of the show is that these codex prints are actually the most effective medium for (Chagoya’s) artistic process,” said Emilia Layden, an associate curator for the museum.

The format of the work, derived from ancient practices, holds an interesting relationship to the topics Chagoya covers.  His work explores dominant civilizations usurping and assimilating culture, making it fitting that Chagoya perpetuates a format nearly lost with the arrival of European conquistadors.

The seven works on display re-appropriate images of old racial stereotypes, political propaganda, 16th-century religious iconography and pop culture icons to create a smorgasbord of meaningful references. There are images of Chairmen Mao wearing Mickey Mouse ears, Our Lady of Guadeloupe alongside Superman and characters like Alice in Wonderland interacting with ancient indigenous figures.

“What he does, in this very playful way – and it’s important to remember that he is satirical and playful – is create these abrupt juxtapositions,” Layden said. “There’s a lot of imagery here that would be recognizable to different people. But it becomes an intricate narrative that reconstructs the narratives of history.”

Dark Blue: The Water as Protagonist

The Haggerty’s largest exhibition comprises more than 50 contemporary photographs from around the world that explore the rich psychological role water plays in art and life.

Each photo features water as a predominant feature. In some, the water is a villain. In others, it is closer to a hero.But most pieces present water as a complex and ambiguous protagonist. The element finds meaning in the eye of the viewer.

“Water can be a sort of healing power, but it can be also be incredibly dangerous and foreboding,” said Lynne Shumow, curator of education for the Haggerty. “This exhibition is about looking at all the diverse associations and realities that exist with (the element).”

According to Wally Mason, the director and chief curator for the Haggerty, the inspiration for the exhibit came from a photograph that is part of the Haggerty’s permanent collection. The work, “Yunohama,” a photograph by artist Asako Narahashi, depicts a view of a Japanese landscape obscured as water engulfs the camera lens.

“(‘Yunohama’) is like the last gasp of breath before being sucked underwater,” Mason said.

Mason believes that the pieces in the museum work together to create a dialogue about different roles of water. They speak of its mystery, danger, importance and often misleading image of beauty.

The exhibition also features work by celebrated photographer Gregory Crewdson. Crewdson’s work, “Twilight,” is an example of the photographer’s meticulous construction of photographs. Much like in film, Crewdson designs elaborate sets to capture images depicting a dark side to life in residential America.

The photo displayed in the Haggerty is a striking image of a woman eerily floating in black, still water filling her living room. She looks with blank eyes, resembling the tragedy of Shakespeare’s Ophelia.

The photos in the exhibit go from this sort of arresting image to images full of with humor and beauty and presents a full range of roles that water can take on as an active element and symbol.

The Haggerty continues its meditation on water in a second exhibition with a subject closer to home. The museum commissioned Milwaukee photographer Kevin J. Miyazaki to focus on the Great Lakes in an original work. Miyazaki created a photography series he describes as “a contemporary portrait of Lake Michigan through images of everyday people whose lives are closest to it.”

The work spans two walls: one covered with identically treated portraits of people who are connected to the lake, the other made up of photos of the horizon line at  locations across Lake Michigan.

Miyazaki completed the work, driving 1,800 miles along the perimeter of Lake Michigan and using portable photography studios with only PVC pipe and a simple black background. Miyazaki found most of the pictures’ subjects near the lake on his trip. Beachgoers, fishermen, captains, surfers, dock workers and environmentalists, among others, create a portrait of diversity in age, race, class and purpose. But all the faces are intimately connected to the lake.

Visitors will also be able to read booklets featuring each photo with the subject’s answer to two questions: What draws you to the lake? and What worries you most about the lake?

Though the answers are sure to be as diverse as the people, what emerges is a shared sense of the profound importance of a local resource that is often easily overlooked.

Images of the Virgin Mary

On the museum’s second floor, an exhibition of art tracks five major biblical events of the Virgin Mary. The exhibit includes depictions of The Annunciation, The Nativity, The Flight into Egypt, The Pietà and The Assumption and Coronation, from the late 14th century to the mid-20th century. The paintings and sculptures are organized by event, putting works of different times and media side by side. In doing so, the exhibit hopes to reveal parallels and differences in the choices made by artists.

“An interesting dialogue is created in things like the way the artists choose to place Mary’s hands,” Layden said. “You can see a real connection.”

A standout of the exhibit is a piece by famed surrealist Salvator Dalí, “Madonna of Port Light.” The painting is one of the most prominent pieces in the Haggerty’s permanent collection and shines as a response, both taking inspiration and diverging from the classical Madonnas that surround it.

The exhibit serves not only as an homage to Mary, but also an example of how art has changed. Though hundreds of years bridge some of the pieces, they all aim to represent one persisting figure who inspired each artist to create.