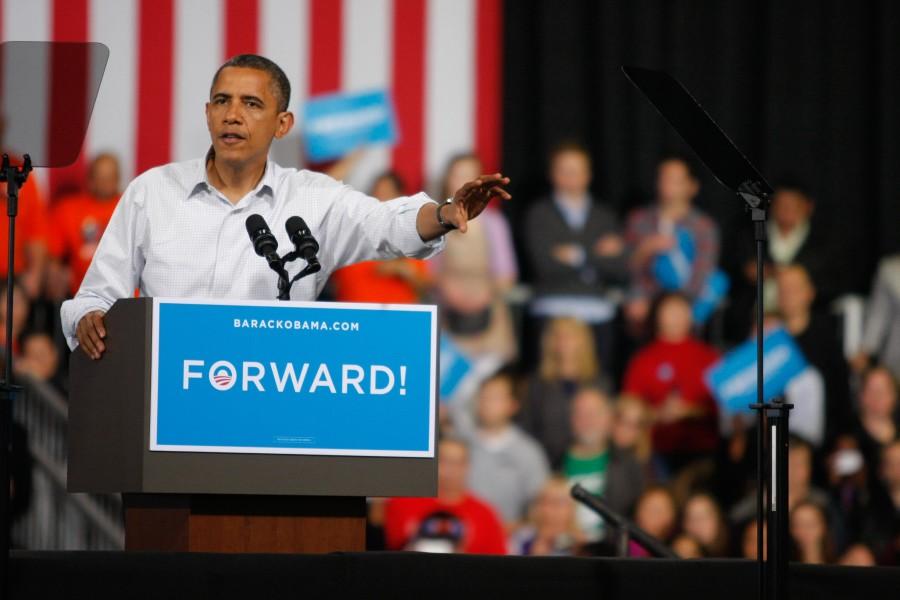 A crowd of 20,000 people gathered for a rally at the Delta Center Saturday afternoon, where President Barack Obama spoke and pop icon Katy Perry performed in support of his campaign.

During his 25-minute appearance, Obama encouraged supporters to remain vigilant for the last lap of the presidential race.

In his speech, Obama criticized GOP challenger Mitt Romney for “repackaging the same old ideas that don’t work” and defended himself against the notion that he has not made a big enough difference during the four years of his presidency. Obama said he has fought hard against gridlock in Congress, which he blamed on “big money and lobbyists.”

“I know what real change looks like because I’ve fought for it,” Obama said. “I’ve got the scars to prove it.”

The president also talked about his vision for the economy and the importance of job creation, telling the audience that he would be willing to “work with anybody of any party to move the country forward.”

“I don’t want a tax code that rewards companies for shipping jobs overseas,” Obama said. “I want to reward companies that are investing right here in Milwaukee.”

Emma Gotter, a sophomore in the College of Communication, was excited to have the president in the area and see the president drive into Milwaukee with the Secret Service before the rally.

“The experience of watching the president of the United States come in and knowing that this was going to be huge and a big deciding factor for the election was so cool,” Gotter said. “I just thought it was hysterical how people who disliked (the president) and people who were rooting for him all had their video cameras out to capture the moment, regardless of what party they supported.”

President Obama took the stage after Perry’s performance, commending her for “working so hard these past few weeks.”

“I am grateful to her,” Obama said to the cheering crowd.

Perry wore a dress with Obama’s “Forward” slogan on it. Like Obama, she urged people to get out and vote.

“As we rally our support here today, we can’t forget our friends on the East Coast,” Perry said. “Unfortunately, Hurricane Sandy has left a lot of people hurt and homeless.”

Obama encouraged the crowd to look back at his time in office critically when thinking about the Tuesday election. He told the crowd  he followed through on his promises to pull the troops out of Iraq, kill Osama bin Laden and end the policy known as “Don’t Ask, Don’t Tell.”