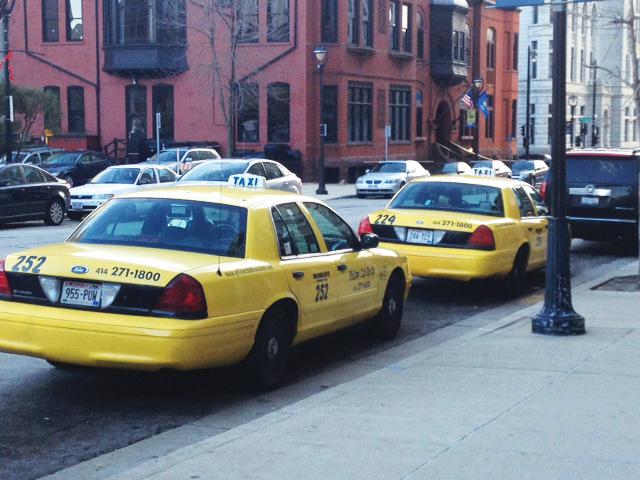 Milwaukee taxicab drivers protested outside of City Hall last Wednesday in support of a lawsuit filed in Milwaukee County Circuit Court on Sept. 11, 2011, asserting that the city’s cap on the number of taxicab permits is anti-competitive and unconstitutional.

The Institute for Justice’s Minnesota chapter is representing the plaintiffs.

The plaintiffs are three current and former taxicab drivers who said they would prefer to own their own taxicab business instead of working for someone who already has a permit, but they cannot afford to buy one of the 321 existing permits at the current rate of $150,000 each.

Taxicab drivers need to have business and operational licensing in order to legally operate a taxicab. In 1992, the city capped the number of permits that give drivers this right. Under the 1992 permit cap, new taxicab drivers must purchase a permit from an existing permit holder.

In Milwaukee, it costs about $10,000 to start a taxicab business, excluding the cost of the permit.

“In 1992, the city just decided to stop handing out permits,” said Anthony Sanders, an attorney at the Institute for Justice’s Minnesota Chapter and representative for the plaintiffs.  “The only way you can work as a cab driver today is if you were a permit-holder before 1992, or if you buy a permit from an existing permit-holder.”

Michael Sanfelippo, president of American United Taxi Cab Service Inc., owns 162 permits, making him one of the largest permit-holders in the city, according to an article in the Milwaukee Journal Sentinel. According to IJ-Minnesota, this discourages business competition.

The lawsuit asked that a judge block the city from denying new permits and award nominal damages of $1 and the plaintiffs’ attorney fees.

“The Wisconsin constitution has stronger protections of individual liberties,” he said.

According to IJ-Minnesota, there is about one cab driver in Milwaukee for every 1,900 city residents, which differs from other major cities. In Minneapolis, there is one taxicab driver per 550 city residents and one per 480 residents in Denver, where the institute successfully challenged limits on taxicab fleet size.

“You have to spend 15 times that cost, just to be able to go into the business,” Sanders said. “It’s absurd.”

IJ-Minnesota made a YouTube video for the case, entitled “Taking on Milwaukee’s Taxicab Cartel.”

In the video, Ghaleb Ibrahim, one of the plaintiffs, said he moved to Milwaukee in 1983 to look for opportunities to support his family.

Ibrahim said when he first lived in Milwaukee, anyone could go to City Hall and get a permit for about $85.

Sanders said the government should not be able to decide what the size of the market should be.

“That should be left up to cab owners and their customers,” he said in the video.

According to Sanders, dispatch services were taken away from taxicab drivers for Yellow Cab, who were protesting the permit cap by putting signs on the side of their cabs.

“It was retaliation for exercising their First Amendment rights,” Sanders said. “Is just shows the kind of power existing (permit-holders) have over employees.”