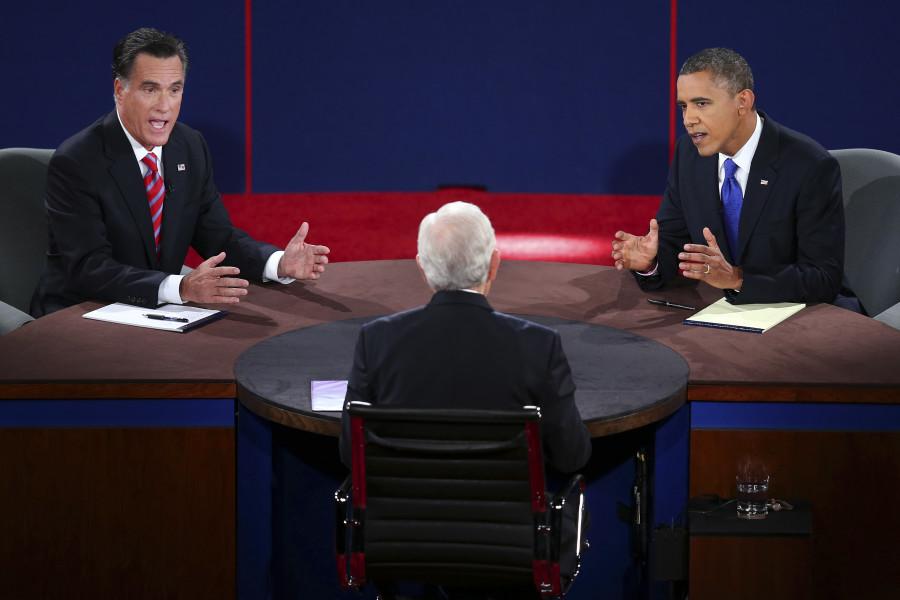 The better part of the 90-minute debate was spent sparring over the proper U.S. approach to the Middle East, with discussion centering on Syria, Libya, Afghanistan and Iran.

The two candidates repeatedly pivoted from foreign to domestic issues such as the economy and taxes. Obama showed his aggressive side by saying Romney was “all over the map” with his policies, telling the former governor, “Every time you’ve offered an opinion, you’ve been wrong.”

Zach Bowman, Marquette College of Arts & Sciences sophomore and Chair of the Marquette Democrats, said Obama did an excellent job portraying his vision for America during the debate by calling Romney out when he thought it was necessary.

“I think we saw a standard Mitt Romney tonight, and I am still not exactly sure of his position. He bumbled around,” Bowman said. “I was impressed with the vision that Barack Obama laid out. He has the foreign policy experience we expect, and he knows what it takes to deal with foreign allies.”

Unlike Obama, Romney took a more temperate tone. He accused the president of being weak on foreign policy and said Obama repeatedly apologized for the country abroad, which the president strongly denied. Romney said Obama failed to stand up for American ideals abroad, specifically during the Arab Spring.

“We have to stand by our principles,” Romney said. “But unfortunately, nowhere in the world is America’s influence greater today than it was four years ago.”

“Romney showed a lot more appeal to independents, and Obama focused his attention more on Romney rather than saying how he would solve the problems facing the country,” Draver said. “The debate shows that Obama focuses too much on showing what Romney can’t do rather than focusing on what he could do as president for four more years.”

Despite the hostile nature of the debate and the divergent approaches of Obama and Romney, on many issues, including the use of predator drones in Israel, Iraq, Afghanistan — which both men endorsed — the two were largely in agreement.

Most of their sharpest exchanges involved domestic policy, with the two restating many of the positions they took in their first two debates. Monday’s debate was the last chance for voters to see the two candidates discussing policy in an unscripted exchange. It was also the last chance the candidates had to appeal to undecided voters and motivate their supporters to turn out for the Nov. 6 election.

Moderator Bob Schieffer closed the debate on a pleasant note, saying “I leave you with the words of my mom who said, ‘go vote. It makes you feel big and strong.'”