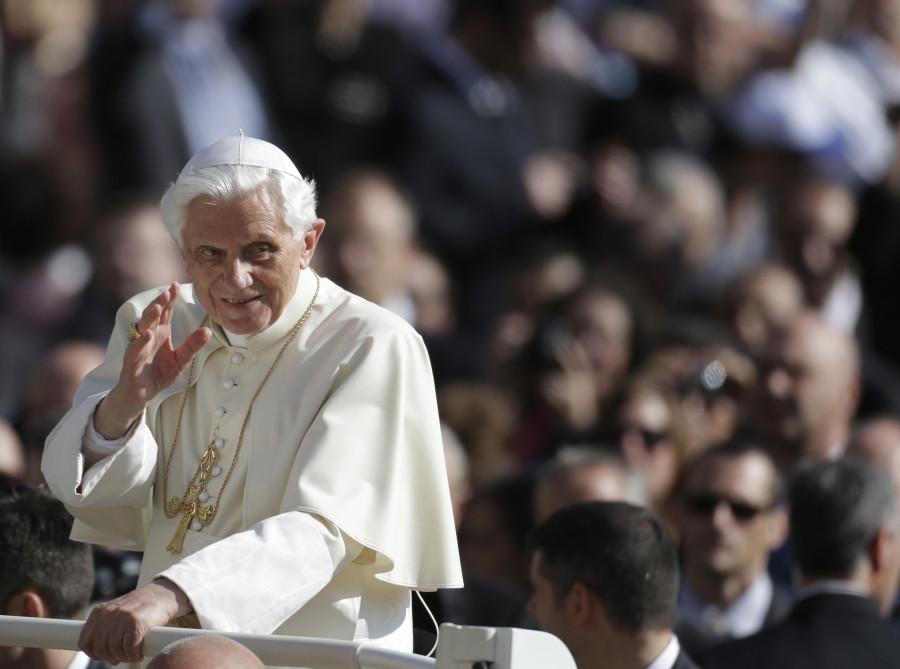 Growing up 50 years ago would have been a lot different than it is today. Americans lived during the height of the Cold War and in fear of nuclear annihilation, Marilyn Monroe was still alive, Bon Jovi had just been born, prayer in public schools had not yet been ruled unconstitutional and the Catholic Mass was celebrated in Latin.

But on Oct. 11, 1962, exactly 50 years ago today, Pope John XXIII opened the Second Vatican Council, or Vatican II, which was the twenty-first ecumenical council of the Catholic Church and a historic council that would give the Church some of the modern features it has today.

An ecumenical council is a council convened by the Catholic Church in which bishops from around the world meet to discuss Church doctrine and problems that permeate the Church. The decisions that these councils make are, according to the Church, infallible, as the Holy Spirit will guide the Church to correct teachings and beliefs in certain circumstances.

Tonight, to celebrate the opening of Vatican II fifty years ago, Campus Ministry is holding a commemoration service.

According to the Rev. Thomas Anderson, an assistant director of Campus Ministry, the commemoration service will begin in the plaza in front of the Joan of Arc chapel. Mass will be celebrated after a reading from the John XXIII speech which opened the council.

Church leaders are also recognizing the anniversary. Pope Benedict XVI called for a “Year of Faith” in his Oct. 11, 2011 apostolic letter “Porta Fidei” in celebration of the council, which vastly changed how the Church functions.

According to the United States Conference of Catholic Bishops, “the Year of Faith is an opportunity for Catholics to experience a conversion – to turn back to Jesus and enter into a deeper relationship with him.” Through this call to faith, the conference hopes that Catholics will “rediscover and renew their relationship with Christ and his Church.”

While Vatican II took place more than 4,000 miles away, it has had a direct impact on both Marquette and the surrounding Milwaukee area.

According to Patrick Carey, a professor of theology and chair in Catholic theology, Vatican II fostered interfaith dialogues between Catholics in Milwaukee and the many different Christian denominations, as well as other religions entirely.

“In Milwaukee especially, the Diocese and the Jewish community had a much better relationship as a result of interreligious dialogues and Vatican II,” Carey said.

Carey himself took part in those interfaith dialogues, especially those between different Christian denominations.

Besides the faculty presence in the interfaith dialogues that resulted from Vatican II, Marquette experienced many changes as a result of the council.

“When I was an undergraduate in the early 60s, few laypeople, and hardly any non-Catholics, were involved in the teaching of theology at Catholic colleges. The courses were often academically weak and more catechetical (relating to instruction in a religion) than academic in nature,” Robert Masson, an associate professor of Theology, said.

It was during the council, in 1963, that Marquette established its doctoral program in theology.

“It was the first doctoral program in theology that was available for priests, nuns and laity,” Carey said.

The Catholic Church, one of the largest and most enduring institutions in history, was a very different entity 50 years ago.

Before Vatican II, Masses were all celebrated in Latin; non-Catholics were thought to be condemned by God; laity were given an inconsequential role in official Church life; Deacon-hood was a step to becoming a priest, not an entity within itself; scripture was not read by the laity and modern methods of scholarly interpretation were not used.

Vatican II was unlike almost every ecumenical council that preceded it. The twenty earlier councils largely focused on heresies that were diluting Church teachings and leading followers of the Church astray from what the Church considered true.

For instance, the first ecumenical council, the First Council of Nicaea in 325, refuted Arianism, which claimed that Jesus the son was inferior to God the father and created the Nicaean Creed, which is still said in Mass today.

That is not to say that all prior ecumenical councils dealt only in the Church’s theological doctrine. The First Council of Lyon, for example, deposed an emperor and levied a tax to support and maintain the Church’s holdings in the holy land.

According to a December 1965 article in Time magazine written in the weeks following the close of the council, “(Vatican II) is the first council that did not face, or leave in its wake, heresy or schism.”

At the time of Vatican II’s convention, few pressing crises faced the Church. Rather, John XXIII wanted “aggiornamento,” a “bringing up to date” of the Church.

“In fact, by bringing herself up to date where required, and by the wise organization of mutual co-operation, the Church will make men, families, and peoples really turn their minds to heavenly things,” John XXIII said in his opening speech.

In all, nearly 2,400 Church leaders and experts, from patriarchs to cardinals to bishops, attended Vatican II, making it the largest ecumenical council ever. The Rev. Karl Rahner, a Jesuit theologian, argued that Vatican II was the first official Catholic assembly as a world Church. Rahner was a German Jesuit theologian who is considered one of the most influential Roman Catholic theologians of the twentieth century.

Vatican II was the first time that representatives from all episcopates, or offices of bishops around the world, represented themselves. During the First Vatican Council in 1869, individuals from the Asian and African episcopates were mostly European missionary bishops, and, in the councils before that, were rarely represented at all.

The Church also renewed its commitment to social justice through the final constitution it passed, “Gaudium et Spes.”

The council officially ended Dec. 8, 1965. Pope John XXIII had died in June 1963 during the course of the council and Pope Paul VI was then selected as the next pope in a separate process.

Carey said the renewal of theology has also sparked an increase in Catholicism’s modern intellectual and philosophical study of scripture and Church doctrine.

“The council endorsed modern methods of scholarly interpretation of the Bible,” Anderson said.

The renewal of the liturgy and commitment to the laity has “helped increase the full, active, and conscious participation in the liturgy,” Anderson said. By having the priest speak in the vernacular and face the congregation, Vatican II hoped to create a renewed vigor within the Catholic Church that, in the words of Saint Ignatius, the founder of the Society of Jesus, would “set the world on fire.”

The ecumenical dialogue that Vatican II created, both within the Christian faith, and between Catholics and other religions such as Judaism, Islam and others, significantly diffused inter-faith tensions and changed how the Church was viewed around the world, Carey said.

“Vatican II made us who we are,” Anderson said, “and in many ways it’s still influencing us today.”