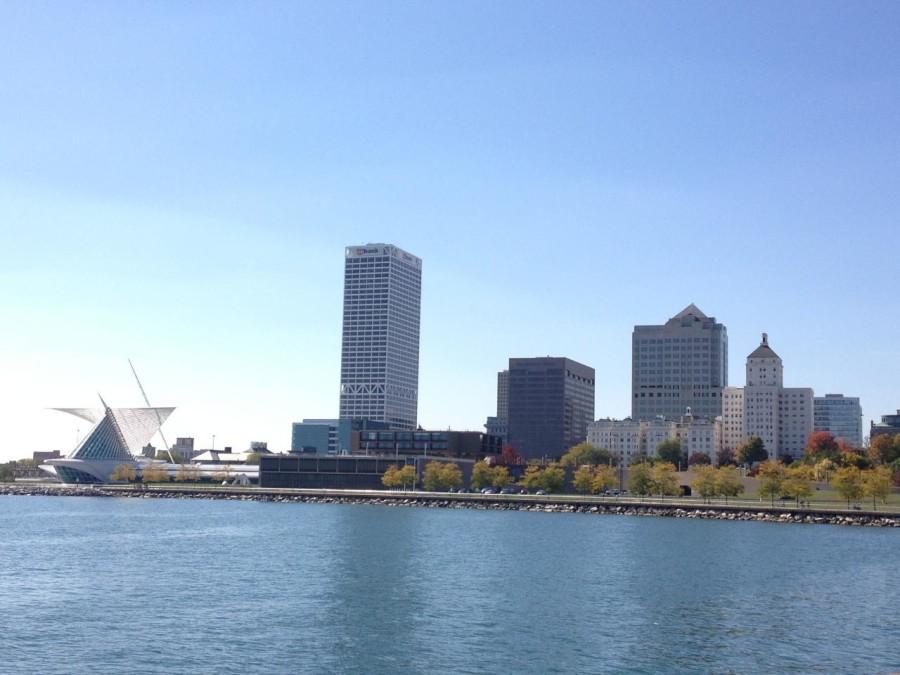 Milwaukee Mayor Tom Barrett and Milwaukee County Executive Chris Abele want to have Milwaukee police take over lakefront and county park patrols, as well as 911 emergency calls made by cellphones from the Milwaukee County Sheriff. They are proposing that their plan start in 2013.

Abele and Barrett announced at a news conference on Sept. 25 a plan to cut $3.3 million from Milwaukee County Sheriff David A. Clarke’s budget.

Abele said at the conference that about half of the $3.3 million would go toward paying the City of Milwaukee to take over patrols of the lakefront and parks and the takeover of the county’s 911 emergency calls. About $950,000 could be used for lakefront patrols, $250,000 for inland county parks patrols and $463,000 for handling 911 emergency calls. He said the second half would go toward other costs.

Before the plan can be put into action, it must be approved by the Milwaukee County Board and and Milwaukee Common Council.

“With the patrols at the lakefront, it’s going to allow better communications by keeping one department in charge,” Tabak said.

The Milwaukee Police Department and Chief Ed Flynn have already been receiving 911 emergency calls made within the city, with Clarke paying routing fees associated with the task as of December 2010, according to a letter from Flynn to Rick Wittenburg, coordinator for the state of Wisconsin.

In addition to adding more responsibilities to the Milwaukee Police Department, Barrett is proposing that officers take more vacation days.

“Mayor Barrett’s furloughing of police officers, who are already losing the battle to keep up with responding to calls for service in a timely fashion and provide an effective, consistent, visible presence in neighborhoods, has clearly demonstrated how little he values them when he lumped them in with every other city employee,” Clarke said in a statement released on Sept. 28.

At the news conference, Barrett and Abele called the idea an example of county-city cooperation that would result in better service at a lower cost for taxpayers.

Clarke said in the statement that Milwaukee residents would not benefit from nor be harmed by the plan.

“Chief Flynn yesterday indicated that his officers are already patrolling county parks, and that is correct under our mutual agreement,” Clarke said in his statement. “Maybe that is why they don’t have more time to patrol my and many other neighborhoods while burglars, drug dealers, gangs, car thieves and armed robbers are feasting on city residents.”

Tabak said the city has residents’ best interest in mind.

“The city would not enter an agreement like this if it would have adverse effects on residents,” she said. “The goal is to improve public safety for city residents.”

Mike Crivello, president of the Milwaukee Police Association, issued a press release on Oct. 1 calling city residents to action against the mayor and county executive’s plan.

“While the city looks to take on more responsibility traditionally accomplished by the sheriff’s department, the mayor proposes furloughing Milwaukee’s officers,” he said in the release. “This makes no sense and is dangerous.”