CAMPBELL: You are always wearing your flag 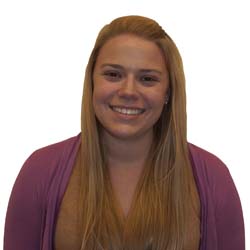 In collegiate Greek life, we have a saying that goes, “you’re always wearing your letters. This video is a great explanation of the phrase Basically, what it means is that, even if you are not physically wearing a sweatshirt or a necklace or pin that identifies you as a member of your organization, you are constantly representing it. Whether your actions are negative or positive, people who observe you will identify you with your organization.

The same goes for your country. With the memory of Sept. 11, 2001, fresh in our minds on this eleventh anniversary, and after spending three weeks in Morocco this summer, I have realized that, not only am I always wearing my sorority letters, I am also always wearing the American flag.

Especially when traveling abroad, this is so important. Now, clearly I am not Moroccan. However, how do people know that I’m not British, Canadian, French or Polish? Trust me, people know. In places, like Morocco, where tourism is a huge national industry, people know where tourists are from. If you ask anyone who lives in a city like Washington, D.C. or New York, they may have a similar sixth sense of tourism, but in Morocco, people really knew that I was American, without even speaking to me.

And that got me thinking: How do I want to reflect my country while I am abroad? I know there are faults with the United States (sidenote – so does Will McAvoy, and anyone who isn’t already watching HBO’s The Newsroom should definitely begin doing so immediately), but I really do love my country. After spending last summer, including the Fourth of July, in D.C., I have a deep love and appreciation for America and the rights I receive as an American woman that I might not have in other places.

Back on track, though, I realized that living in a foreign country takes effort, and that, in order to respect my American heritage, I also needed to respect Morocco, its people and its traditions just as much. I made an effort to learn (and use whenever possible, Arabic and some French, both official languages of the country – I said I made an effort, three weeks is a very short time to learn anything). I dressed modestly. I tried the food. I learned to respect and discover much about Islam, the religion that 99% of Morocco’s population practices. It wasn’t easy to let go of a little bit of my “American-ness” in order to better represent America while I was abroad, but it was worth it and I feel like a more well-rounded and informed individual because of it.

And so that brings me to my point. I was able to learn so much in Morocco because the people I met loved their country so much, they were willing to be patient with an American girl and teach her about their home. We as Americans could work on this. A lot. Remembering that you are always wearing your flag, whether at home or abroad, I urge you to act with the respect it deserves. If you really love your country, act like it. Not by trying to alienate non-Americans or keep them out, but by showing them how amazing this country is. We are all part of a global community and in order to gain respect in that community, we need to respect all its members. When you meet someone visiting America from somewhere else in this wide world, welcome them, give them directions, answer their questions, have a conversation with them. Do not be rude to them. Be patient. Do not underestimate their intelligence simply because their English is not perfect. Give them an appreciation for American culture, not a disdain for it. You are always wearing your flag, so make this county proud.