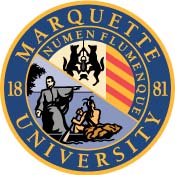 For decades, this nation has prided itself on the concept of “free.” Free to say, hold and be anything we want or desire. Free to preserve one’s freedom by protecting ourselves from “possible danger.”

This cherished and admirable pillar, which has been at our country’s core, is rapidly deteriorating. With the devastating shootings in Colorado and the recent tragedy at the Sikh Temple in Oak Creek, Wis., I’m wondering if, as a society, we are too free.

Freedom is power – with great power comes great responsibility. As a nation, we have taken advantage of this powerful gift and have exerted it in an irresponsible and immoral manner.

These mass shootings, in addition to the inconceivable shooting of Trayvon Martin last spring, makes me humiliated and ashamed with our country’s current gun laws.

Within hours of hearing the terrible news in Oak Creek, I was disturbed and moved (yet not surprised) to read the cautionary statements from close friends from all over the world regarding their concern towards the future of America.

My friend living in Ireland said, “How many more innocent people have to die before the American government changes gun licensing laws so any random person who just feels like buying a gun, can’t? First innocent people watching a movie, now innocent people praying on their knees.”

People are turning to President Obama and the government to provide explanations on these recent tragedies and why they continue to occur. But it is not just the government’s responsibility.

Why are we not looking at our own homes, neighborhoods and communities, where these hate-filled and loathsome ideas and actions are being bred, cultivated and possibly encouraged? Are we that blind and ignorant that we are unable to see what is going on in our community until it is too late?

Like any illness, we may see symptoms, but we are sometimes hesitant to bring attention to it immediately. So we wait. Then, after years of an issue building upon itself, it comes into full fruition. Suddenly, we are shocked, saddened and angry at ourselves for not trying to eradicate the problem sooner.

Maybe as individuals we have all contributed to this selfish culture that we are in the midst of. We mind our business because we incorrectly think that what happens to one person does not affect others.

I was saddened and disgusted when I heard news reporters express their condolences to the Sikh congregations and followers saying, “this is a sad day for your community,” or “we will be praying for the Sikh community.” These statements prove this philosophy of division and insensitivity.

Instead of these statements, we should have emphasized that this is a sad and devastating day for our entire country and every person living in it, not just the Sikh community.

Sikh temple gunman Wade Michael Page has unfortunately shown how poorly we are dealing with discrimination and hate in this country. I hate to burst the bubbles of thousands of American citizens, but the days of discrimination and racism are far from over.

These sad days will continue to persist until we, as a nation, recognize and refuse to ignore the immense mess we have made. We are doing a disservice to our country and ourselves by allowing these ideas of superiority and hate to fill our schools and neighborhoods. We are failing to educate every person of every age about the importance of respecting diversity in all forms.

It takes a village to raise a child, and every person must take on the role of teacher, parent and mentor. We are being called to recognize the dignity of every human being by working towards a brighter future, together.